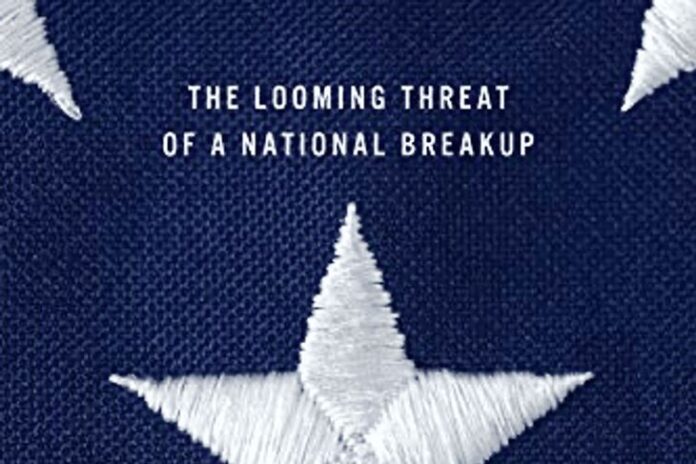 PJ Media: Francis Buckley, a professor of law at George Mason University in Virginia, is the closest thing America has to a Jonathan Swift, the great 18th-century Anglo-Irish satirist. His writing on politics is the most entertaining of any present commentator I have read on U.S. politics, and his humor illuminates rather than obscures fundamental issues.

Excerpts, America Succession: The coastal states vote Democratic by huge majorities, while the interior votes Republican. California pays more than $100 billion more in federal taxes to Washington than it receives in spending. A California secession movement is afoot “soliciting signatures for a ‘self-determination ballot measure that would ask California voters whether the state should become independent. If it passed, it would lead to another referendum, which if passed would require the state legislature to issue a formal declaration of independence.”

Meanwhile, in South Carolina – “too small for a republic and too big for a lunatic asylum” – a philosophy professor named Don Livingston has revived southern secessionism, suppressed by the 1865 Union victory in the Civil War but never extinguished. Californians and South Carolinians “are like partners in an impossible marriage. It doesn’t matter who’s right when the differences are irreconcilable. And both might be right.”

“There’s been a revival of nationalism among conservatives, but this hasn’t served to unite the country,” he argues. Read More …

Opinion: An age old question: Where is America in prophecy?

We have identified four possible clues and none show America as a superpower:

Ezekiel 38:13 lists three nations who will be bystanders in the future war of Gog and Magog

“Sheba, Dedan, the merchants of Tarshish, and all their young lions will say to you, ‘Have you come to take plunder? Have you gathered your army to take booty, to carry away silver and gold, to take away livestock and goods, to take great plunder?”

“The first was like a lion, and had eagle’s wings. I watched till its wings were plucked off; and it was lifted up from the earth and made to stand on two feet like a man, and a man’s heart was given to it.”

Daniel 7:24 Revived Rome will be split into 10 divisions each with a leader

The ten horns are ten kings Who shall arise from this kingdom. And another shall rise after them; He shall be different from the first ones, And shall subdue three kings.

Could North America be one of the three kings conquered by Antichrist?

Daniel 11:40 In the final battle of Armageddon the ‘him‘ that the two kings are attacking is the beast army of Antichrist or ‘Western Alliance’ that includes North America

“At the time of the end the king of the South shall attack him; and the king of the North shall come against him like a whirlwind, with chariots, horsemen, and with many ships; and he shall enter the countries, overwhelm them, and pass through.

We Have The Technology: AI neural TTS/holograms at Microsoft Inspire