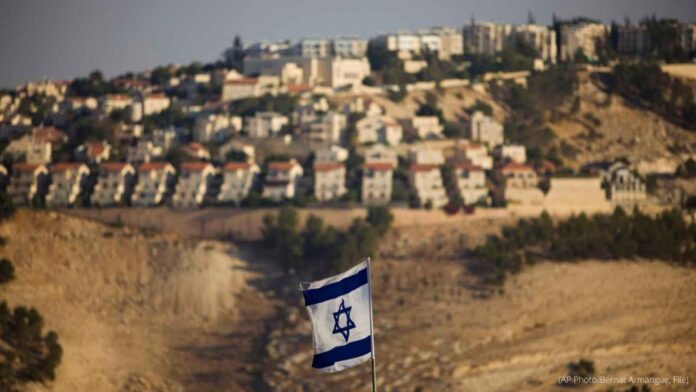 Front Page Mag: With some degree of the annexation of Judea and Samaria imminent in the next few months in Israel, recent statements by Palestinian Authority President Mahmoud Abbas (who oversees a massive kleptocratic terrorist regime that endorses a massive Pay-for-Slay program that provides Palestinian suicide bombers, terrorist murderers, and their families with lifelong financial security), sound more like conceptual inanities than they do reasoned disagreements by a serious politician.

Abbas said last week that he was terminating all agreements with Israel and the United States as a result of Prime Minister Benjamin Netanyahu’s plan to extend Israeli law to parts of Judea and Samaria under the stewardship of the Trump peace plan. Well, no one really cares if he terminates any agreement with the United States.

The PA is irrelevant to the United States except as a disgraceful moral stain on our foreign policy record for having financed a terrorist rogue political institution for decades. What would be truly humorous, were it not backed with the routine rampant anti-Semitism and support of the European Union, is his statement on the order of: Israel has “annulled” the Oslo Accord with its intention to apply Israeli law in occupied Palestine. Read More …

3000 BC: “To your descendants I have given this land, from the river of Egypt to the great river, the River Euphrates …” Genesis 15:18.

1917: World War I coming to and end: Britain signs the Balfour Declaration that committed Britain to establish a national home for the Jewish people in the area of Palestine. Israel was granted both sides of the Jordan River, totaling 43,075 square miles.

Every major UN Security Council Resolution since the 1967 Six Day War refers to resolution 242 since it is all about withdrawal from so-called occupied territories.

In 1967, Resolution 242 demanded Israel’s withdrawal from lands it captured as a result of the Six Day War, to effectively give those lands back to Egypt, Syria and Jordan – who had planned to completely destroy the Jewish state. It was outrageous in 1967, and it is outrageous today. No nation has ever given back land taken in a defensive war.

United Nations Security Council Resolution 497, adopted unanimously on December 17, 1981, declared that the Israeli Golan Heights Law, which effectively annexed the Golan Heights, is “null and void and without international legal effect” and further calls on Israel to give that land back as well.

The most recent Resolution 232 making all of Israel’s settlements in Judea and Samaria illegal passed because Barack Obama instructed Samantha Power to abstain from voting at the UN in 2016.

What the anti-Semites at the UN/EU and progressive left of the Democrat party do not know is that the failed Oslo 7 year peace plan is the possible template for a future peace plan that could fulfill Daniel 9:27.

“Then he [Antichrist] shall confirm a covenant with many for one week; but in the middle of the week he shall bring an end to sacrifice and offering.”

The clue here is the word confirm. You cannot confirm something that does not already exist. Antichrist doesn’t create a treaty, but enforces one already in existence. Daniel says that the treaty will be with “many” (Israel and neighbors), and “one week” in Hebrew (shabua) means seven years, making a modified Oslo, a perfect fit for the future world leader.