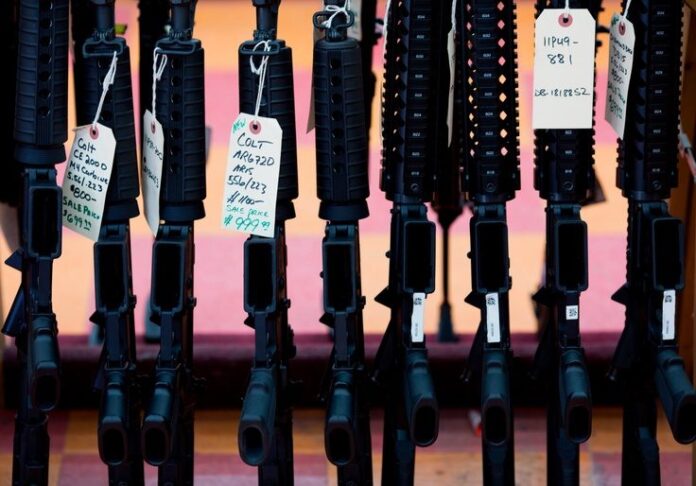 Free Beacon: An estimated 6 million guns have been sold since the coronavirus outbreak began in March, as May marked the third consecutive month of record-high sales.

More than 1.7 million guns were sold in May 2020, according to an analysis by Small Arms Analytics & Forecasting. That is an all-time record for the month and an 80 percent increase from 2019. The spike in sales comes as rioting grips the nation and the coronavirus continues to dominate headlines. Jurgen Brauer, the group’s chief economist, called the trend “unprecedented.”

“Firearms sales have surged in unprecedented ways,” he said in a statement. “The boom in handgun sales has been particularly noticeable in recent months.” Read More …

Opinion: It is little wonder that people are afraid. From Covid-19 lockdowns to riot curfews, life in 2020 has turned on a dime. A dread of what comes next is frightening.

With that, the post trib rapture advocates are out in force once again telling all who will listen that the tribulation has begun:

“Mr. Trump will win re-election giving the American people another four years, the world will have endured about five years of the seven years tribulation event, the remaining two years will be like no other known to mankind, know where you stand with the creator. HELL ON EARTH.”

At least the writer got the 7 years right.

It is interesting that this same doctrinal error happened to the apostle Paul in-between visits to the church in Thessaloniki. When Paul returned, the people thought they were in the tribulation as well:

“Concerning the coming of our Lord Jesus Christ and our being gathered to him, we ask you, brothers and sisters, 2 not to become easily unsettled or alarmed by the teaching allegedly from us—whether by a prophecy or by word of mouth or by letter—asserting that the day of the Lord has already come. 3 Don’t let anyone deceive you in any way, for that day will not come until the rebellion occurs and the man of lawlessness is revealed, the man doomed to destruction.” Thessalonians 2:1-5

In three verses Paul covers the rapture and tribulation:

How easy it is for new Christians to be misled especially in times of crisis (Eph. 4:14). For some reason many Christians seem to believe they must suffer wrath like unbelievers regardless of Jesus’ words in Revelation 3:10.

The Kinship between Kurds and Israelis

Paul Craig Roberts Asks “Is The Fed Losing Control Of The Gold Price?”