Home Bible prophecy Who Speaks for the Riots’ Victims? 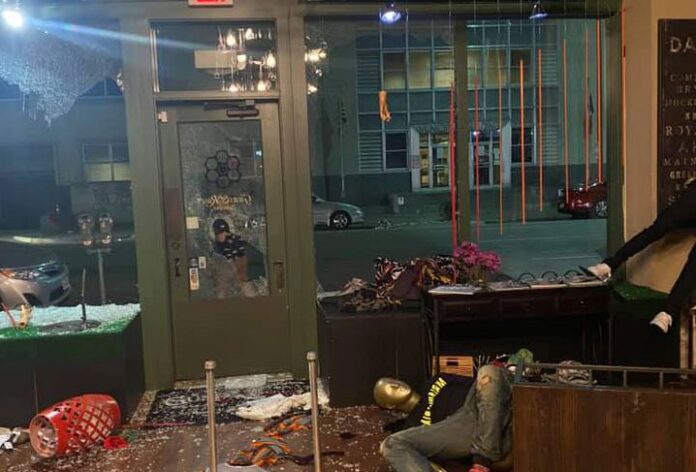 PJ Media: How many homes have been destroyed in the riots of the past weeks? How many businesses? How many Americans have died in the riots that began out of justified and peaceful protests over the killing of George Floyd?

My colleague Tyler O’Neill highlighted two of them in this piece. Their names are Princess Pope, of Dallas, and K. B. Balla, of Minneapolis. Looters burned Balla’s sports bar, which he built using his life’s savings, to the ground. And then they ran off, presumably to burn someone else’s life down.

K. B. Balla worked his whole adult life to get to the point where he could open his bar, but rioters destroyed his dream in minutes. Both of these victims of the looters and rioters are black. Princess Pope spent years building her Guns and Roses Boutique, only to see it looted and destroyed in minutes. Read More …

Opinion: Somehow the destruction of Princess Pope and K.B. Bella’s livelihoods are justified by people with an agenda.

A first-year investigative journalism student would see in a New York second that when pallets of bricks are delivered to strategic locations, this was a riot waiting for an event to happen.

Unfortunately, until we arrest the people who planned the riots and delivered the bricks, people like Princess Pope and K.B. Bella will continue to be victims.

Martin Niemöller (1892–1984) was a prominent Lutheran pastor in Germany. He wrote these words as an outspoken public foe of Adolf Hitler and spent the last seven years of Nazi rule in concentration camps.

Without a knowledge of Bible prophecy, few people will understand how Niemollers’s post- WW2 words will fit the coming world order. Global government is being formed and promoted by some of the wealthiest and most powerful people on the planet.

Innocent victims of riots are written off as collateral damage for a larger authoritarian cause.

The technology is being used to control the world’s 7.7 billion people, economically, physically. and spiritually.

Who will speak for them?