Home Antichrist Who’s Running the Show: the Fed or the U.S. Treasury? 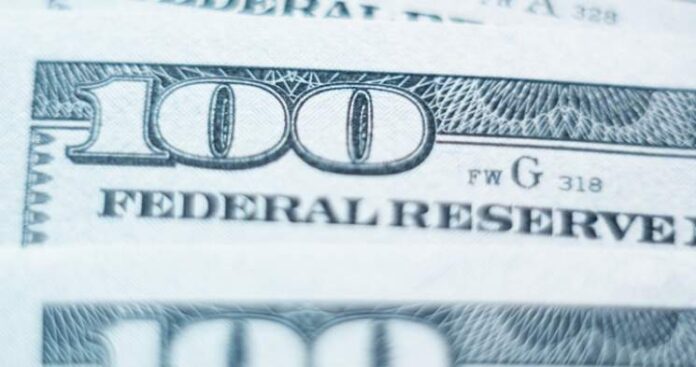 The New American: Scott Minerd, global chief investment officer at Guggenheim Partners, told CNN on Tuesday that the next effort by the Fed to keep the U.S. economy going will be to start buying U.S. stocks. As The New American has reported, the Fed has already expanded its powers so that it can purchase exchange-traded bond funds, junk bonds, and now corporate bonds.

Jim Bianco, president of Bianco Research & Trading, has been producing commentaries on the bond market for 30 years that are faithfully read by hundreds of portfolio managers. His commentary on these SPVs has raised the question, i.e., if the Fed needs the help of the Treasury to accomplish its purposes, who is in charge: the Fed, or the U.S. Treasury? If it’s the latter, and because U.S. Treasury is part of the Executive Branch of the U.S. government, does that mean that the Fed now has a new chairman, namely, President Trump?

In effect, the Fed is giving the Treasury access to its printing press. Read More …

Opinion: And the printing press is now on auto-pilot. There are several names for printing new money: quantitative easing (QE), Twist, Repo, but they all add up to the same thing. Monetary fraud.

We the people have been duped into believing that the equity and bond markets have recovered because of some wonderful economic event. Baloney. The markets have recovered on the back of brand new dollars, pounds, euros, yen, yuan, being used to buy sovereign debt, for the purpose of driving interest rates down on a global scale.

It stands to reason, if rates go up, the nations will be forced to pay more to borrow to finance the ever growing global debt.

My friend Jimmy DeYoung uses the term ‘setting the stage for Bible prophecy to be fulfilled’. And is it ever. There are three economic events that will take place during the 7 year tribulation and ‘monetary fraud’ is the likely culprit.

It will be a time of relative peace until wars start breaking out (Rev. 6:3-4), and the global economy falls to hyperinflation (Rev. 6:5-6). Those left behind from the disappearances (1 Thess. 4:16-17) will have no idea that this rising political star will get his authority from Satan (Rev. 13:4).

The second event takes place after this world leader is identified as the beast (Rev. 13:1) and takes control of world government.

It will be a time of fear of the demands of government when a second-in-command (Rev. 13:11) demands all on earth to worship the beast and receive a mark to engage in commerce (Rev. 13:16-17).

The third event takes place near the end of the 7 years when God turns His attention to the destruction of the city of the world leader’s empire, Babylon.

It will be a time of total economic collapse and mourning: “And the merchants of the earth will weep and mourn over her, for no one buys their merchandise anymore.”

It is all in our paper: The 1% and Revelation, Do not Harm the Oil and Wine here.