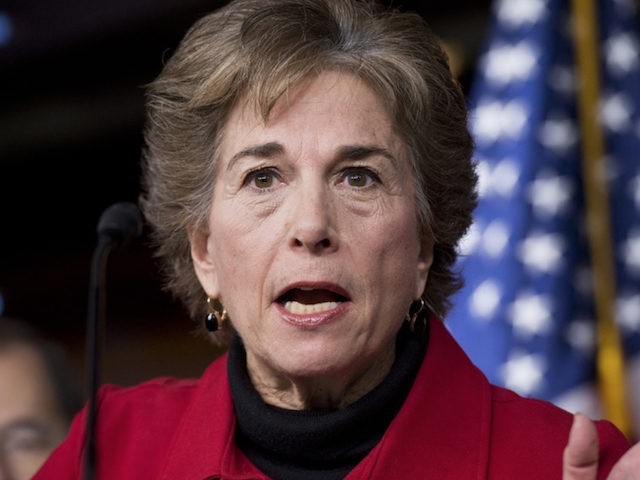 Rep. Jan Schakowsky (D-IL) introduced the measure, dubbed the Abortion is Health Care Everywhere Act of 2020, which seeks to repeal the Helms Amendment, a provision that passed in 1973 after the Supreme Court’s landmark decision in Roe v. Wade.

The narrative of the abortion lobby and its political allies is that policies that block abortion are racist.

Schakowsky said in a statement:

The Helms Amendment is a policy deeply rooted in racism. It imposes our arbitrary and medically unnecessary abortion restrictions on international communities, allowing the United States to control the health care and bodily autonomy of billions Black and brown people around the world. Just like the Hyde Amendment, the Helms Amendment puts reproductive and economic freedom out of reach for women of color. But enough is enough, and both amendments must fall if we want to realize true health equity and reproductive justice.

Opinion: “There is a way that seems right to a man, But its end is the way of death.” Proverbs 14:12

Former President Bill Clinton, a Democrat, rescinded the rule when he took office in January 1993 and his successor, Republican George W. Bush, reinstated it in January 2001.

We call it political ping pong, and true to form Joe Biden is proudly following in the Democrat culture of death…

Lifesite news July 29, 2020— In his Agenda for Women released Monday, Democratic presidential candidate Joe Biden promised to restore domestic and overseas funding to the abortion industry. The Trump administration has made an effort not to finance abortions with federal money.

Biden dedicated one section of his Agenda for Women to “Reproductive Health,” which is generally a reference to abortion. The former vice president under President Barack Obama said he “will work to codify Roe v. Wade, and his Justice Department will do everything in its power to stop the rash of state laws that so blatantly violate Roe v. Wade.”

In the Democrat sacrament of abortion, it is simply not enough to slaughter children here at home. Democrats need to kill them everywhere.

Not One Democrat Presidential Candidate Defended Israel During Rocket Attacks