Home Bible prophecy Did the Jewish State Commit a Historic Misjudgment by Selecting the Name... 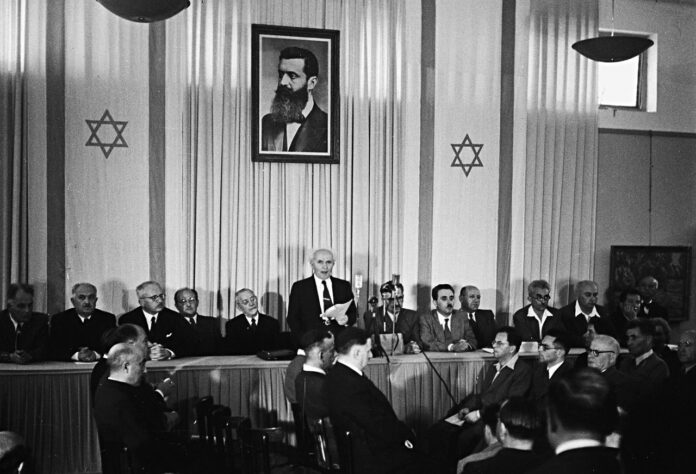 Jewish Journal: The never-ending Israeli-Palestinian conflict is one of the world’s most intractable and explosive disputes, causing heightened emotion and bloodshed in the Middle East and around the globe. In many cases, terrorist groups, including Islamic State (ISIS) and Al-Qaeda, have dedicated their spectacular terror attacks to the cause of Palestine and the al-Aqsa mosque in Jerusalem.

Israel is widely viewed as the villain responsible for the plight of the 1948 “refugees,” as well as the “brutal oppression” of the Palestinian people in the “occupied territories.” Palestinian-Arab propaganda fuels non-stop anti-Israel campaigns, primarily under the BDS umbrella, that support and reinforce this twisting of history. (BDS is the modern version of the near-forgotten “ “Arab League Boycott” formally declared on Dec. 2, 1945.).

The mouthpieces for these stories never say a single word about the ancient link of the Jewish people to the Land of Israel. Read More …

Opinion: If Israel’s first Prime Minister, David Ben-Gurion, had not selected the name Israel at the very last minute on May 14, 1948 Bible prophecy of the future return to the land, would be in error.

Ezekiel 36:12 “Yes, I will cause men to walk on you, My people Israel; they shall take possession of you, and you shall be their inheritance; no more shall you bereave them of children.”

Joel 3:2 “And bring them down to the Valley of Jehoshaphat;
And I will enter into judgment with them there
On account of My people, My heritage Israel,
Whom they have scattered among the nations;
They have also divided up My land.”

God’s love for Israel and the Jewish people is woven throughout every book of the Bible. As the world approaches the final days of the church age, the perpetual hatred Esau has for Jacob is ramping up and because of the internet, the world is paying close attention.

Daniel was confused by the prophecies that the angel had told him. Men throughout the ages since Daniel’s time have been confused as well.

But this generation has seen knowledge increase with fulfilled prophecies: