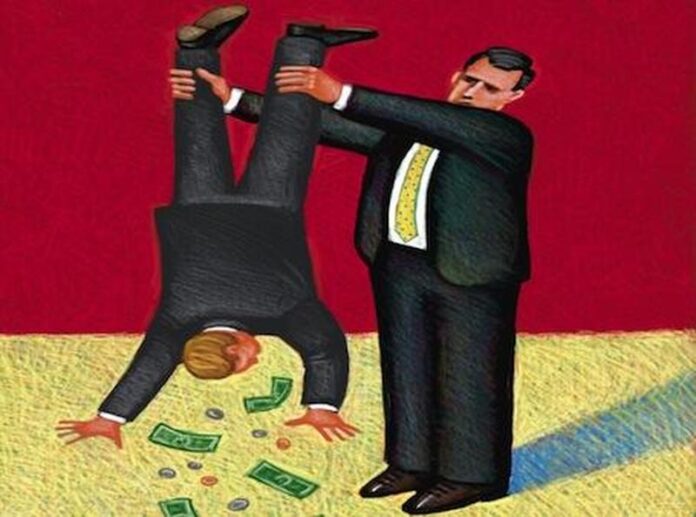 Zero Hedge: Bloated governments around the world are faced with worsening fiscal conditions. Strapped for cash, they continue to squeeze every drop of wealth that’s within their reach through money printing and higher taxes. Today, we ask Jeff Thomas (here) to weigh in on how to ensure you don’t become collateral damage in the next crisis.

Jeff Thomas: The most direct answer is that, if they’re going to survive the situation with their skin on, they’re going to have to rethink the way they hold on to wealth. But more broadly, they’re going to need to understand that the crisis that’s headed their way is not going to look the same as the mini-crashes that occurred in 2000 and 2008.

This one is going to be far more devastating for some jurisdictions such as the EU, US and Canada. In those jurisdictions, this will be an endgame situation. Read More …

Opinion:  All three of the aforementioned nations, EU (collectively), US, and Canada are broke and deeply in debt. All three have been printing trillions of dollars since 2008 to stave off financial collapse, and there does not appear to be any way to stop.

In fact, Nancy Pelosi is proposing another $1.3 trillion in Covid-19 relief, while the EU and Canada are all doing the same.

Canada joins the QE club: What is quantitative easing and what comes next?

With the COVID-19 recession getting deeper by the day, the Bank of Canada has joined other central banks in quickly reducing its target interest rate to near zero and implementing “quantitative easing” (QE) measures to suppress other interest rates and support credit flows, including borrowing by government. source

And none of the three are found in Bible prophecy as stand alone nations for end time events. By the time the first 4 Seal Judgments of Revelation 6 are completed, the three largest Christian nations (by percent), US, EU, and Canada, will have been hit with two nation changing prophecies …

…and be merged into the Western Alliance of Antichrist (Daniel 11:40).