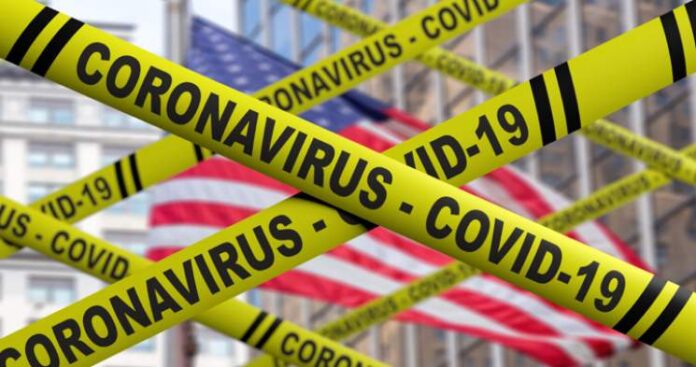 Breitbart:” Dr. Dan Erickson, owner of Accelerated Urgent Care, spoke at Monday’s “White Coat Summit” on Capitol Hill as part of a greater effort to extinguish fears surrounding the Chinese coronavirus and reminded the public that “99.8 percent of people get through this with little to no progressive or significant disease.” Read More …

A friend just returned from an attempted vacation in the west. He and his wife got back early saying “it’s a zombie world…not much fun…too many places are closed.”

Editor and I listened to a sermon Sunday morning that spoke of the final destination of God’s people. Tell me if this sounds good right about now.

“The angel came to me and said, “Come on! I will show you the one who will be the bride and wife of the Lamb.” 10 Then with the help of the Spirit, he took me to the top of a very high mountain. There he showed me the holy city of Jerusalem coming down from God in heaven.

The wall was built of jasper, and the city was made of pure gold, clear as crystal. 19 Each of the twelve foundations was a precious stone. The first was jasper, the second was sapphire, the third was agate, the fourth was emerald, 20 the fifth was onyx, the sixth was carnelian, the seventh was chrysolite, the eighth was beryl, the ninth was topaz, the tenth was chrysoprase, the eleventh was jacinth, and the twelfth was amethyst. 21 Each of the twelve gates was a solid pearl. The streets of the city were made of pure gold, clear as crystal.

22 I did not see a temple there. The Lord God All-Powerful and the Lamb were its temple. 23 And the city did not need the sun or the moon. The glory of God was shining on it, and the Lamb was its light.

24 Nations will walk by the light of that city, and kings will bring their riches there. 25 Its gates are always open during the day, and night never comes. 26 The glorious treasures of nations will be brought into the city. 27 But nothing unworthy will be allowed to enter. No one who is dirty-minded or who tells lies will be there. Only those whose names are written in the Lamb’s book of life will be in the city.” Revelation 21:9-24

Have you heard of the New Way Forward Act?

Son of Man Can These Bones Live? You Know LORD