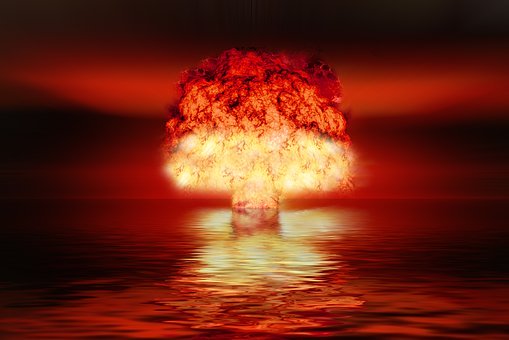 And Magazine: In late June a huge explosion occurred in Iran. The Iranians claimed it was the result of a gas leak. Available intelligence showed that a bomb detonated at an Iranian missile base and caused massive destruction.

Days later another explosion occurred at Iran’s Natanz Nuclear Facility causing severe damage to at least one building. The facility is believed to be the site of ongoing Iranian work on advanced centrifuges.

Multiple other attacks have occurred inside Iran over the same time period, including explosions in at least two large power plants. Only recently another huge explosion shook Tehran. Early indications are an Iranian Revolutionary Guard Corps (IRGC) missile base may have been struck.

Everyone assumes the Israelis are behind this. It may well be that American forces are involved as well. There have been such strikes before, but something is different now. There is a sudden urgency to the pace of the attacks. Whoever is running the ongoing operations fully understands something the world as a whole has yet to comprehend. Read More …

Opinion: Seven explosions at Iran nuclear and gas sites, crippling US sanctions, and a high penetration of Covid-19 could distract the world into thinking that Iran will back down on its global ambition to become the Islamic caliphate.

What the West forgets is that Shia eschatology predicts this exact scenario prior to the return of the 12th Imam, Mahdi.

The Shiite clerics of Iran believe that Mahdi is the son of the 11th imam Al-Hasan al-Askari. He is called the “hidden Imam” and the ‘twelfth Imam’. The clerics argue that Muhammad al Mahdi was born thousands of years ago and disappeared to reappear later when apocalyptic chaos comes upon the earth.

Unlike western Christians and Jews, the Iranians take Islamic eschatology very seriously. Iran’s Khamenei claims to have met personally with the Mahdi, and high ranking officials feel it is their solemn duty to bring about a war of conquest to establish the caliphate.

What to expect? Bible prophecy shows a series of wars leading to the final war of Armageddon.

Psalm 83:1-8 prophesies a regional war that lists each one of Israel’s irascible Arab neighbors in striking detail. While Iran is not mentioned, the Shia nation is the primary financier of at least 4 of the 7 named attackers.

Like the 1967 war when Egypt, Syria, and Jordan attacked the Jewish state, Psalm 83 will end in another stunning victory for Israel.

Gog and Magog (Ezekiel 38-39), finds Israel living in a false peace (Ez. 38:11), having neutered her neighbors. Israel will have grown in oil and gas wealth that threatens the economy of Russia. With no choice left, a Russian prince (Ez. 38:1-2) will form an alliance with Iran, Turkey, and North African allies (Ez. 38:3-6) in a massive invasion.

The 7 years tribulation will be about to begin.

Thanks to VS for sending in the article.

Outrage after Univ. of Baghdad med students dress up as Nazis

Can one man’s child murderer ever be another man’s hero?