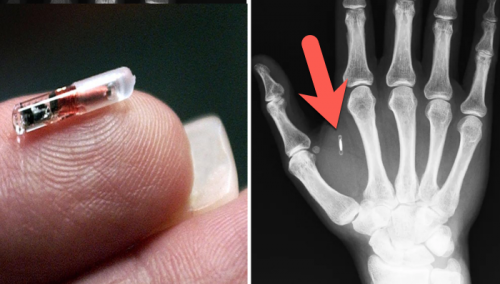 Great Game India: The Michigan House of Representatives has passed a controversial bill to microchip humans voluntarily in the state under the guise of protecting their privacy. The Microchip Protection Act would allow Michigan employers to use microchipping of their workers with their consent. However, research has shown that RFID transponders causes cancer.

The plan to microchip humans is sponsored by Rep. Bronna Kahle under the guise of protecting the privacy of workers. The stated objective of the bill is that it will protect the privacy rights of Michigan workers and promote further growth for job providers as it relates to microchipping – a cutting-edge technology on the rise that increases workplace efficiency.

“With the way technology has increased over the years and as it continues to grow, it’s important Michigan job providers balance the interests of the company with their employees’ expectations of privacy.”

“Microchipping has been brought up in many conversations as companies across the country are exploring cost-effective ways to increase workplace efficiency. While these miniature devices are on the rise, so are the calls of workers to have their privacy protected.” Read More …

Opinion: So now it’s Michigan, home of Governor Gretchen Whitmer, who gleefully set some of the strictest statewide rules in the nation by imposing bans on religious services. The state is trying to protect its citizens once again. How nice.

Michigan follows a Wisconsin company called Three Square Market who implanted microchips as a convenience for its employees in 2018:

Wisconsin technology firm Three Square Market has injected 80 employees with their own brand of RFID microchips over the last year, and according to MIT Technology Review, “they love it.”

The implant, which is about the size of a grain of rice, utilizes Near Field Communication (NFC) technology, also found in credit cards, debit cards, key fobs, and smartphones. This technology is considered “passive,” meaning the microchip stores data that can be read by other devices but cannot read data themselves.

Michigan’s stated objective is to protect the privacy rights of Michigan workers and one day possibly very soon, according to our Bibles, it will be mandatory.

Remember when it was a normal thing to go to a movie theater? Whenever we were running a few minutes late, my wife would always remind me that the previews of coming attractions always go longer than you expect. That is what we are seeing here.

So no, Virginia, Michigan’s chip implant is not the mark of the beast (Revelation 13:16-17). That is the Featured Presentation, and the previews are not quite over just yet.

Where is the outrage that the PA uses HALF of all foreign aid money...