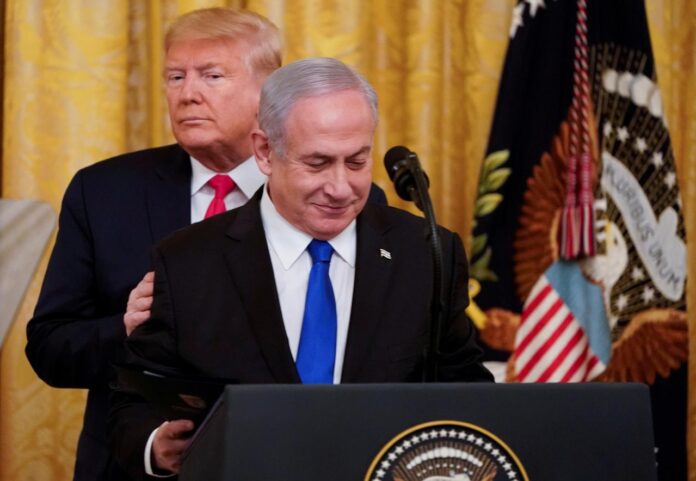 Israel Hayom: The Israeli government will continue coordinating its actions with the US and hold further discussions on the proper steps forward as it moves toward implementing its plan to extend sovereignty to Judea and Samaria communities, the Prime Minister’s Office said on Wednesday.

July 1 has been declared the target to begin the process, and on Wednesday, despite no official decision on the matter, the prime minister’s team took pains to stress that it was working hard to meet that objective.

“Prime Minister Benjamin Netanyahu continues to hold talks with the Americans, and will simultaneously hold a meeting with the head of the National Security Council and the top security officials as part of a whole host of discussions on the matter,” the Prime Minister’s Office said. Read More …

Opinion: Ok, class, who can name one other nation that must ask the U.S. President permission to declare sovereignty over its own land? No one?

After dozens of headlines and even more condemnations by every nation on earth, the July 1 date for declaring annexation has come and gone.

“Tuesday’s meeting was just one of several that Netanyahu has had over the past few months with the US Middle East peace team anchored by Jared Kushner, Friedman and the 31-year-old Berkowitz. The team’s message has been straightforward for months:

Slow down the process.

Some have speculated that the holdup is due to geographic specifics, or which West Bank settlements the US will approve annexing. The US administration has also been tied up with responding to the coronavirus crisis — something that Kushner has also spent time on — and is wary of getting involved in a controversial move at the same time.

Whatever the reason for the delay, it looks like Netanyahu is deferring to President Donald Trump and his team, which is unusual.”

Palestinians once again are emboldened by the magnitude of the nations pushing back on Israel. The progressive left is emboldened by the delay, and if the plan is abandoned and Joe Biden were to win in November, all bets are off.

“And Jerusalem will be trampled by Gentiles until the times of the Gentiles are fulfilled” Luke 21:24.

Can Teaching Christians Their History of Jewish Persecution Change Denominations?