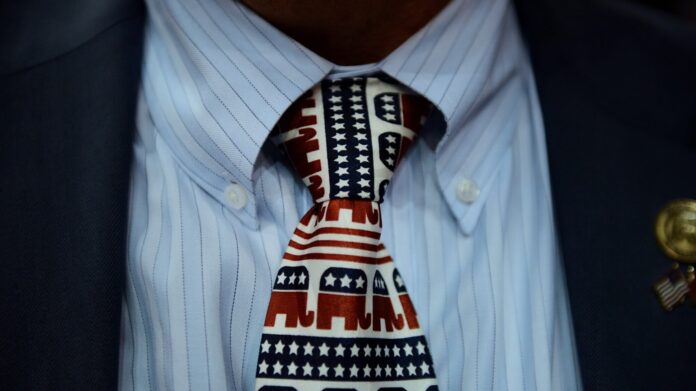 But you know what? At least he fights.

Black Lives Matter – a small and violent radical organization dedicated to a Marxist revolution and bent on hobbling our police and destroying the American family – has terrorized this country with riots and other ugliness for a long month now. They are not black – only one sixth of the protesters are black – and they don’t care about Black Lives or they wouldn’t be attacking the police.

And yet what is the response of our elites to these terrorist thugs? Corporations rush to show support for them. Democrat governors, who impose unconstitutional bans on worship in the name of keeping us ever-so-safe from the Chinese Virus, celebrate and join in with their massive demonstrations. Democrat spokesmen – also known as the news media – play down the “mostly peaceful” violence while upbraiding and cancel-mugging any law-abiding citizen who dares to draw a gun to defend himself against it.

So what about the Republicans? Well, they’re negotiating.  Read More …

Opinion: It is becoming clear that when the rapture comes many will celebrate. BLM, Antifa, and an alphabet soup of radical groups are becoming increasingly hostile towards Christians and Jews under the disguise of a made-up love of black people.

It almost sounds impossible that the US had a black president for 8 years who had the highest percentage of the popular vote than any president in 100 years. Somehow that does not sound like a majority racist populace.

There is only one solution for a fallen world that neither Satan nor any group of thugs can touch.

Put down the weapons. Take up Christ.

Thanks VS for sending in the article.

MEGA-PASTOR ACCUSED OF ‘HERESY’ FOR ATTACK ON OLD TESTAMENT