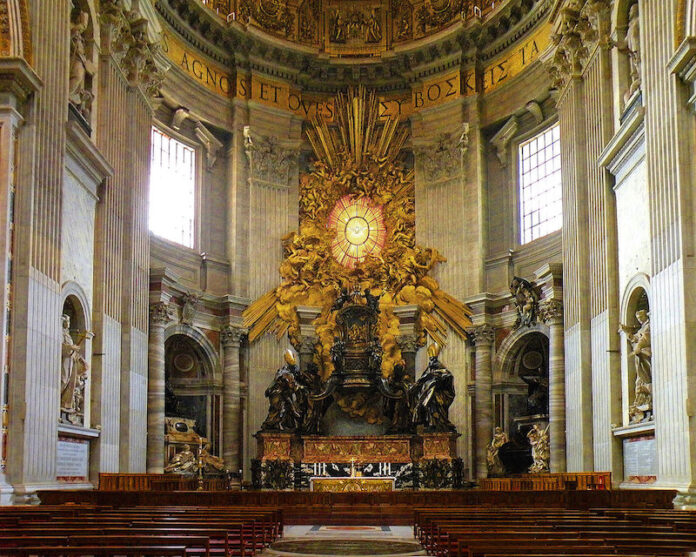 JPost: The Vatican, in a highly unusual move, summoned both the US and Israeli ambassadors to express the Holy See’s concern about Israel’s moves to extend its sovereignty to Jewish settlements and the Jordan Valley in the West Bank.

A Vatican statement on Wednesday said meetings with Cardinal Pietro Parolin, the Vatican’s secretary of state, and US Ambassador Callista Gingrich and Israeli Ambassador Oren David, took place on Tuesday.

But with no agreement with Washington yet on the modalities of the move under a peace proposal announced by U.S. President Donald Trump in January, and talks with the White House still underway, no cabinet session was scheduled for Wednesday.

The Vatican statement reiterated its position in support of a two state solution, saying “Israel and the State of Palestine have the right to exist and to live in peace and security, within internationally recognized borders.” Read More …

Opinion: It is hard to imagine that the Pope, who heads up the Catholic Magisterium, the church’s authority that gives interpretation of the Word of God, appears to have absolutely no idea what the Scriptures have to say about the land of Israel.

“On the same day the Lord made a covenant with Abram, saying: “To your descendants I have given this land, from the river of Egypt to the great river, the River Euphrates” Genesis 15:18-21.

In verses 19-21, God names all the Canaanite tribes that would be disposed from that land. What is fascinating is that Israel has never possessed that much land, but it will during the Millennial Reign of Christ upon His return.

The prophet Isaiah also had a lot to say about that land:

“It shall come to pass in that day
That the Lord shall set His hand again the second time
To recover the remnant of His people who are left,
From Assyria and Egypt,
From Pathros and Cush,
From Elam and Shinar,
From Hamath and the islands of the sea.” Isaiah 11:11

The first dispersion would be over 150 years after Isaiah’s death in 586 BC, when Nebuchadnezzar’s army destroyed the 1st temple and marched the choice men of Israel off to Babylon.

The second dispersion would occur approx. 500 years later, when the Roman General Titus destroyed the city of Jerusalem and the second temple, as the Jews were scattered to the four corners of the earth.

Isaiah prophesied the Jews would return to the land:

And now for one of Isaiah’s most astounding prophecy, Isaiah not only  prophesied that Israel would be a nation again, he said it would happen in one day which is precisely what happened on May 14, 1948 more than 2500 years after his death.

“Before she goes into labor,
she gives birth;
before the pains come upon her,
she delivers a son.
8 Who has ever heard of such things?
Who has ever seen things like this?
Can a country be born in a day
or a nation be brought forth in a moment?
Yet no sooner is Zion in labor
than she gives birth to her children.” Isaiah 66:7-8

So there would be no mistake, Isaiah 66:9 named exactly who would inherit the land:

“I will bring forth descendants from Jacob,
and from Judah those who will possess my mountains;
my chosen people will inherit them,
and there will my servants live.”

Hollywood Rallies Around Anti-Semite Ilhan Omar: ‘I’m a Jew; She Was Right About AIPAC’

About Face: The Changing Face of Black Antisemitism

UK: Dementia Patients to be Tracked by Smart Meters in Their Homes