Breitbart: California Gov. Gavin Newsom said Monday that the state had to “sober up” about the fact that renewable energy sources had failed to provide enough power for the state at peak demand, and needed “backup” and “insurance” from other sources.

Newsom addressed journalists and the public in the midst of ongoing electricity blackouts that began on Friday, as hundreds of thousands of Pacific Gas & Electric (PG&E) customers in northern and central California lost power.

There is currently high demand for electricity across the state, as the entire West Coast has been hit by a heat wave and record-breaking temperatures.

One reason the state lacked power, officials admitted, was its over-reliance on “renewables” — i.e. wind and solar power. Read More …

Opinion: Barack Obama “The shift to a cleaner energy economy won’t happen overnight, and it will require tough choices along the way. But the debate is settled. Climate change is a fact.”

Joe Biden’s $2 trillion energy plan: “Move ambitiously to generate clean, American-made electricity to achieve a carbon pollution-free power sector by 2035. This will enable us to meet the existential threat of climate change while creating millions of jobs with a choice to join a union.”

So while the political left is kvetching over man made climate change, a big yellow ball in the sky is entering a period of “solar minimum” that could cause temperatures to plummet by up to 2C over 20 years and trigger a global famine, according to experts (here). 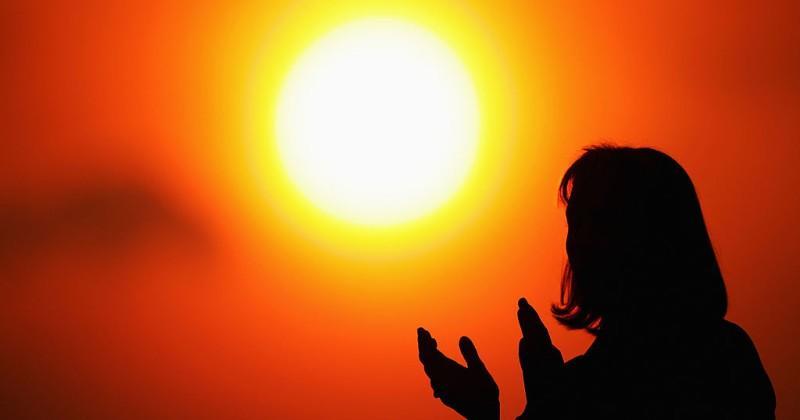 Over the past few years, whenever a hurricane hit Florida I have been reminded by liberal friends and family that because of climate change, storms would become more frequent and more powerful. They haven’t.

“While the earth remains,
Seedtime and harvest,
Cold and heat,
Winter and summer,
And day and night
Shall not cease.” Genesis 8:22

I am considered by that same group to be a conservative Christian wacko who doesn’t trust science. They’re right, I don’t.

“The earth is the Lord’s, and all its fullness,
The world and those who dwell therein.
2 For He has founded it upon the seas,
And established it upon the waters.” Psalm 24:1-2

“For behold,
He who forms mountains,
And creates the wind,
Who declares to man what his thought is,
And makes the morning darkness,
Who treads the high places of the earth—
The Lord God of hosts is His name.“ Amos 4:13