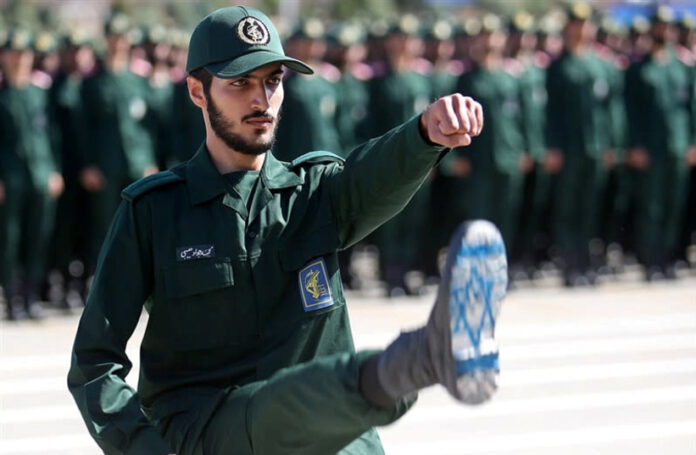 JPost: For the better part of the 21st century, Israel has been trying to circumvent Iran’s regional ambitions in the Middle East to become a nuclear state and spread its military power to neighboring countries. By exploiting the disarray in Syria, Iran routinely sends convoys through Syria to arm its Lebanese proxy, Hezbollah, with precision-guided munitions (PGMs) and other equipment.

The brilliance in Israel’s alleged reactions lay in how they have managed to face Iran on a number of fronts: in Iran, in Syria and in Lebanon. Each one of them is a unique peril in and of itself, but together they comprise the big Iranian threat. Instead of applying a blanket rule for combating Iran, the Israelis broke down its military campaign into smaller components and used its flexibility and creativity to address each one in a unique form.

Israel’s target in Syria is not a Syrian sovereign one, rather it is an independent Iranian actor functioning in Syria. Read More …

Opinion: Who could forget the infamous shoe throwing incident in Baghdad on December 15, 2008? 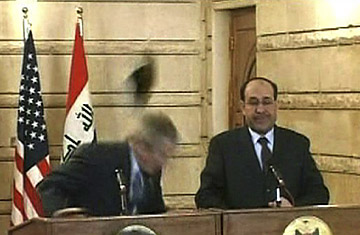 President George W. Bush ducked a flying shoe. In the Arab world, this is such an offensive symbol that it’s seen as culturally rude to cross an ankle over a knee and display the sole of the shoe while talking.

There is a prophecy about Syria in Isaiah 17:1,14 regarding Damascus …

“Behold, Damascus will cease from being a city,
And it will be a ruinous heap.”

… that has never been fulfilled

“Then behold, at eventide, trouble!
And before the morning, he is no more.
This is the portion of those who plunder us,
And the lot of those who rob us.”

Iran’s presence in Syria could be the catalyst.