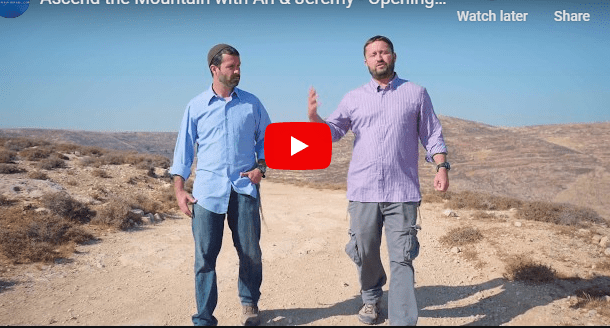 BIN: When Isaiah said in chapter 43 “I have singled you out by name,” what did he mean? How does God “single out” an entire nation by name?

The answer has been revealed in a recent video released by The Land of Israel Fellowship. In just seven minutes, world renown Jewish thought leader Ari Abramowitz breaks down the role of the Jewish people in the world and how their loyalty to God is indeed a reflection of Almighty’s reputation.

(Isaiah 43:1) But now, thus says the Lord, who created you, O Jacob, And He who formed you, O Israel: “Fear not, for I have redeemed you; I have called you by your name; You are Mine.”

God’s plan for salvation differs for Jews and Christians, even though both must come through faith in Christ.

God called the Jews as a people group (2 Samuel 7:23) “And who is like Your people, like Israel, the one nation on the earth whom God went to redeem for Himself as a people, to make for Himself a name …”

Whereas God calls Christians one by one (John 3:16) “For God so loved the world that He gave His only begotten Son, that whoever believes in Him should not perish but have everlasting life.”

God will reward obedience from the Jew (Exodus 19:5-6) “Now therefore, if you will indeed obey My voice and keep My covenant, then you shall be a special treasure to Me above all people; for all the earth is Mine. And you shall be to Me a kingdom of priests and a holy nation.”

Whereas God promised the Christian eternal security for belief in Jesus (John 10:28)  “And I give them eternal life, and they shall never perish; neither shall anyone snatch them out of My hand.”

God promised to save the remnant of Jacob (Zechariah 12:10) after the tribulation “And I will pour on the house of David and on the inhabitants of Jerusalem the Spirit of grace and supplication; then they will jlook on Me whom they pierced. Yes, they will mourn for Him kas one mourns for his only son, and grieve for Him as one grieves for a firstborn.”

God promised to save His Church at the rapture (1 Thessalonians 4:16-17) before the tribulation “For the Lord Himself will descend from heaven with a shout, with the voice of an archangel, and with the trumpet of God. And the dead in Christ will rise first. 17 Then we who are alive and remain shall be caught up together with them in the clouds to meet the Lord in the air. And thus we shall always be with the Lord. 18 Therefore comfort one another with these words.”

Excerpts: Two Trains; Israel and the Church in Prophecy here