Home Bible prophecy Too close! THREE asteroids this week were only spotted THIS MONTH, NASA... 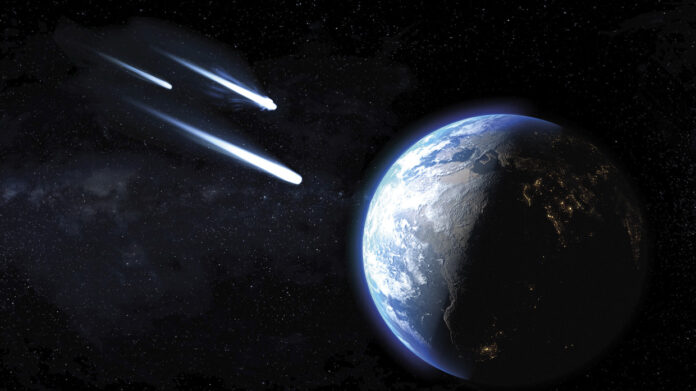 RT: The near-constant bombardment of space rocks buzzing our planet continues, with planetary defenses alerted to a trio of asteroids measuring over 25 meters in diameter en route to Earth’s backyard this week.

To kick things off on Monday, not one but two space rocks over 25 meters (82 feet) in diameter will fly past, both of which were detected just this month, leaving little time and space for error in calculating their trajectories.

Revelation 8:8-9 are things that will take place after this:

The scene is the 1st half of the 7 year tribulation. The 7 seal judgments have passed and the second of 7 trumpet judgments is poured on an unrepentant earth.

While the imagery of a burning mountain slamming into the sea suggests a meteor, the results are supernatural, turning the sea to blood drawing comparison to Exodus 7:20