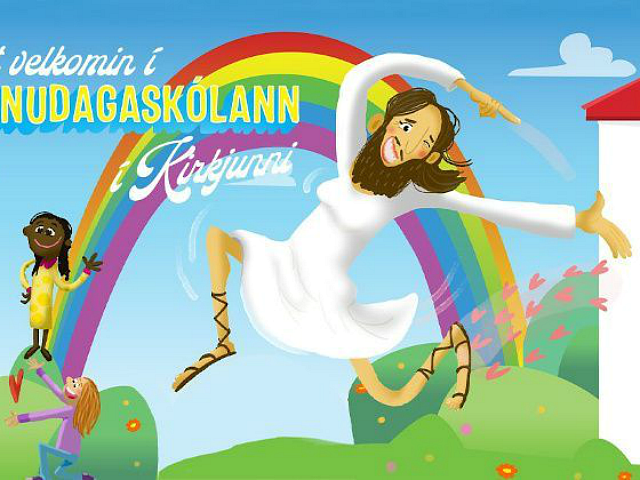 The Scandinavian church, which is notionally Evangelical Lutheran, earned a substantial backlash for the stunt, with social media users claiming to be former congregants citing such “woke” virtue-signalling as their reason for leaving its dwindling flock.

But Petur Georg Markan, the Church’s media representative defended the advert, saying that it supports diversity and suggesting that having Jesus depicted in different ways is positive, according to MailOnline.

“In this [advert], we see a Jesus who has breasts and a beard. We’re trying to embrace society as it is. We have all sorts of people and we need to train ourselves to talk about Jesus as being ‘all sorts’ in this context,” he insisted. Read More …

Opinion: The Apostle Paul warned his followers that there will be a great falling away from the faith before the rise of Antichrist.

“Don’t let anyone deceive you in any way, for that day will not come until the rebellion occurs and the man of lawlessness is revealed, the man doomed to destruction” 2 Thess. 2:3.

In Paul’s absence, false teachers had gained the attention of the Thessalonians and had shaken their faith by advancing the theory that they were in the Day of the Lord (tribulation).

Paul assured them that three events must occur before the judgments of Revelation 6 could take place.

Mr. Markan, the aforementioned Church media rep, also indicated that this would not be the end of the Church using Christ’s likeness to advance “woke” political topics, advising that “Soon, we’ll be introducing more personifications where, for example, you’ll see Jesus making a contribution to environmental issues.”

When he arrives on the world stage, the man of lawlessness will find an accepting (woke) church. Paul had already taught his followers that the blood-bought church of Jesus Christ will be removed (1 Thess. 4:1) from the world prior the time of wrath:

“For God did not appoint us to suffer wrath but to receive salvation through our Lord Jesus Christ. He died for us so that, whether we are awake or asleep, we may live together with him. Therefore encourage one another and build each other up, just as in fact you are doing.” 2 Thessalonians 5:9-11