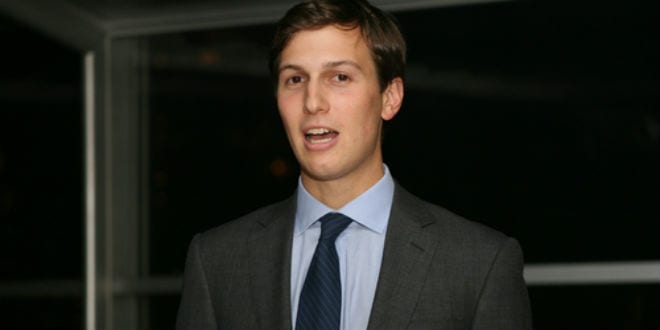 Israel 365: President Donald Trump’s son-in-law and Middle East advisor Jared Kushner said on Wednesday that Trump’s plan presented in January of this year was still on the table even though it was rejected by the ‘Palestinians’, reports Times of Israel. He added that it provides them with their best chance of stopping continued Israeli settlement expansion in Judea and Samaria, which Israel liberated in the 1967 Six Day War.

“What we did with our plan was we were trying to save the two-state solution, because… if we kept going with the status quo… ultimately, Israel would have eaten up all the land in the West Bank” Kushner said.

And although Kushner claims to be an orthodox Jew, speaking negatively about the Jewish people settling in the land that God instructs them in the Torah to dwell, flies in the face of a very central Biblical commandment for the Jewish people found in Deuteronomy:

When you enter the land that Hashem your God is giving you as a heritage, and you possess it and settle in it, Deuteronomy 26:1 (The Israel BibleTM)

Opinion: That Jared is trying to score points with Edom is a precursor to Bible prophecy for the last days. Let me explain.

“And he shall confirm the covenant with many for one week: and in the midst of the week he shall cause the sacrifice and the oblation to cease …” Daniel 9:27

The he is Antichrist, who confirms, not creates, a covenant, with many hostile nations for 1 week (Hebrew 7 years). Now it gets even more interesting …

In the midst of the week (3.5 years) he puts an end to animal sacrifice which will have started in the beginning of the week, and that can only happen in a temple. Like I have said so many times, Daniel packs a lot of prophecy in very few words.

If you then factor in the theory that we discuss in “Antichrist: The Search for Amalek”, and our eBook “Blood Feud” that the final Antichrist (Ex. 17:16) will be an Edomite (part Jew and part Gentile) the puzzle pieces begin to come into view.

There is one more big thing.

We know from Bible prophecy that the Arab world will be devastated after the Psalm 83 and Gog Magog wars, making the building of a Jewish temple and re-institution of animal sacrifices much easier to accomplish.