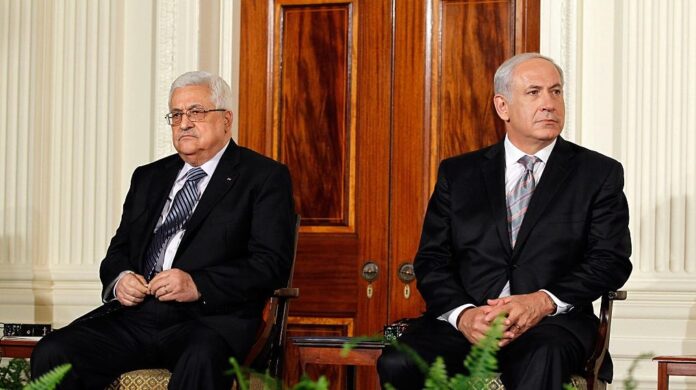 In a closed-door conversation, Netanyahu said that the regional significance of the newly-signed peace deals between Israel, the United Arab Emirates, and Bahrain left the Palestinians no option other than to come back to the table.

However, the prime minister said that talks with the PA would re-launch only after the US presidential election on Nov. 3, and only if US President Donald Trump is re-elected.

In the case of a Trump victory, Netanyahu said, he would begin negotiations based on the Trump administration peace plan, as he promised to do. Read More…

Opinion: Behold Jacob and Esau, nothing has changed.

It matters not who the president of the United States is …

“And He changes the times and the seasons;
He removes kings and raises up kings;
He gives wisdom to the wise
And knowledge to those who have understanding.” Daniel 2:21

… the ancient account of Jacob and Esau will be played out exactly as it is written.

To Jacob: “May God give you heaven’s dew and earth’s richness—
an abundance of grain and new wine. May nations serve you and
peoples bow down to you. Be lord over your brothers, and may the
sons of your mother bow down to you. May those who curse you be
cursed and those who bless you be blessed” (Gen. 27:28–29 NIV).

Here is the prophecy inside the blessing: Jacob (Israel) was
promised the fatness of the earth and that the nations would bow
down to him. Never in history have the nations bowed to Israel, but
in the millennial reign of Jesus Christ, the nation of Israel will be His dwelling place. All Jews (who survive the tribulation) will dwell there and so, the regathering of
the Jews will be complete.

Jerusalem will be where He, Jesus, will have His sanctuary (temple)
in their midst forevermore (Ezek. 37:25-28). The nations will make
yearly pilgrimages to Israel to see the Lord and Jacob’s blessing will
be fulfilled (Zechariah 8:23).

To Esau: “Your dwelling will be away from the earth’s richness,
away from the dew of heaven above. You will live by the sword and
you will serve your brother. But when you grow restless, you will
throw his yoke from off your neck” (Gen. 27:39–40 NIV).

In Esau’s blessing, the earth was given as a dwelling, not as
an owner, an occupier who never feels at peace and to whom no
one will ever bow down.