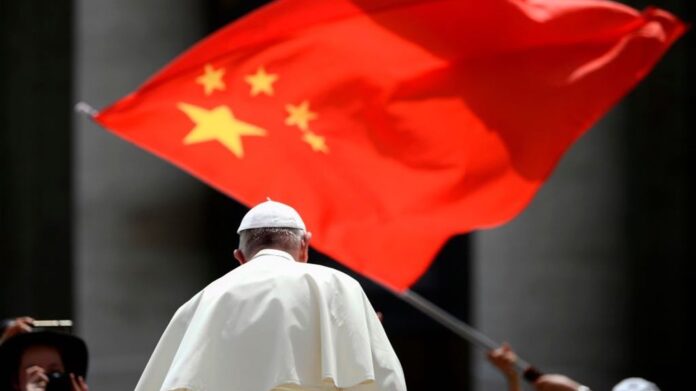 Daily Mail: The Holy See renewed a 2018 agreement with Beijing on Thursday agreeing to split authority on nominating bishops to the Catholic Church in China.

The agreement has never been published and its details remain secret to all but the Vatican and the Chinese government. When the deal was negotiated in 2018, Pope Francis had aimed to bring together Chinese Catholics who were then split between state-sanctioned and underground churches. Francis reportedly ceded some of the Vatican’s authority over appointing bishops to China’s Catholic churches to do so, though it remains unclear how much.

“Upon the expiration of the Provisional Agreement between the Holy See and the People’s Republic of China regarding the appointment of Bishops, which was signed in Beijing on 22 September 2018 and took effect one month later, the two Parties have agreed to extend the experimental implementation phase of the Provisional Agreement for another two years,” the Vatican said in a statement announcing the renewed agreement. Read More …

Opinion: It has been coming for a long time, Pope Francis is at war with Catholicism, and more importantly, Scripture (God’s Word). He appears to be destroying Catholicism and setting up a new religious system. From calling Mahmoud Abbas an ‘angel of peace’, to pacts with Islamic leaders, to calling for ‘status quo’ in Jerusalem, to calling for an end to the death penalty, to his call for gay civil unions, and now betraying 5.6 million Chinese Catholics again. Francis is setting the the stage for the papacy of a future (or present) Pontifex Maximus of Revelation 13:11-12.

“Then I saw another beast coming up out of the earth, and he had two horns like a lamb and spoke like a dragon. 12 And he exercises all the authority of the first beast in his presence, and causes the earth and those who dwell in it to worship the first beast, whose deadly wound was healed.”

He is called the False Prophet. He will enforce the worship of Antichrist through signs and wonders and through the mark of the beast. He will be in league with Satan, completing the evil trinity – 666.

He will appear as a lamb with religious ranking (vicar of Christ) and will deceive many. Since he is under the control of Satan, he will speak like a dragon and, like Francis, betray the very people he leads. His religious system, the final church, will continue to grow evil.

The false religious system of Revelation 17 is coming into view:

Then one of the seven angels who had the seven bowls came and talked with me, saying to me, “Come, I will show you the judgment of the great harlot who sits on many waters, 2 with whom the kings of the earth committed fornication, and the inhabitants of the earth were made drunk with the wine of her fornication.” Revelation 17:1-2

The evil woman symbolizes the final religious system of Babylon, the headquarters of Antichrist. The waters symbolize multitudes of people. The angel informed John that the kings of the earth had committed adultery with the woman, in other words, they had become part of the false religious system, which is in opposition to God.