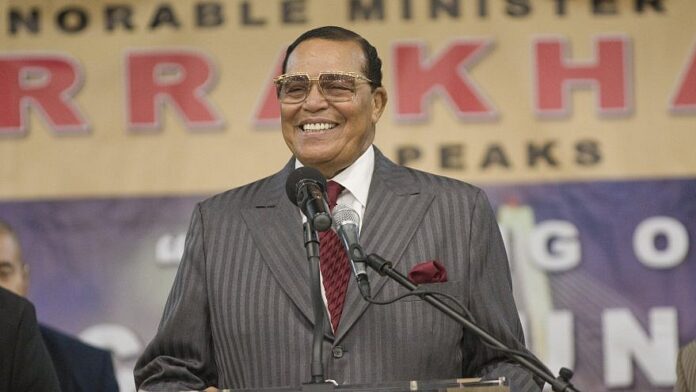 JNS: Much has been written about left-wing anti-Semitism and the pernicious role played by the universities in fomenting it.

Rather less has been written about the anti-Semitism perpetrated by radical black groups, such as Nation of Islam or Black Lives Matter, which finds routine and largely unremarked expression among rappers, for example, and has infiltrated parts of the black community.

There has been little discussion of the linkage between anti-white and anti-Jewish feeling. And there’s been virtually no acknowledgement of the way in which this whole toxic train of thought has been unwittingly institutionalized by governments and other official bodies.

The anti-Semitism of critical race theory is strenuously denied by its proponents and ignored by everyone else.” Read More …

Opinion: How can a group that fights against bias and diversity of themselves foment bias against another group?

In a paper sent to me by our long time reader and friend Centurion, he tackles not just the hatred that Satan, the Dark Lord, has for the Jew, but the fear.

“The Dark Lord was quite disturbed when Israel was reborn as a country in
1948 after almost 1900 years of non-existence. His efforts to destroy this tiny
reborn country went into overdrive as seen in three major wars initiated against
the Jewish state in less than thirty years. His efforts have been and are still
sympathetically received by much of the world, and in particular, by the Islamic
Middle East. When Israel won the 1967 Six Day War and finally regained control of Jerusalem, Satan shifted into hyper-drive in a panic attempt to hold on to his
gains in this ancient city where he already has a “leg up” with two mosques
situated on the temple mount.

Mount Zion, the temple mount, and the City of David are located in East
Jerusalem and this is why Satan is frantically trying to deceive the United
Nations, the European Union, America, and the world at large to endorse a “two
state solution” having Jerusalem as the capital of an Islamic Palestinian state. If
this happens, he will “legitimately” continue his hold on to this critical piece of
property – the seat of the Messiah. This is what the Middle East conflict is really
about. It is Satan’s desperate attempt to destroy Israel and acquire legitimate
control over Jerusalem to establish his own kingdom.”

The great Apostle Paul reminds us who we battle against

“For we do not wrestle against flesh and blood, but against principalities, against powers, against the rulers of the darkness of this age, against spiritual hosts of wickedness in the heavenly places.” Ephesians 6:12