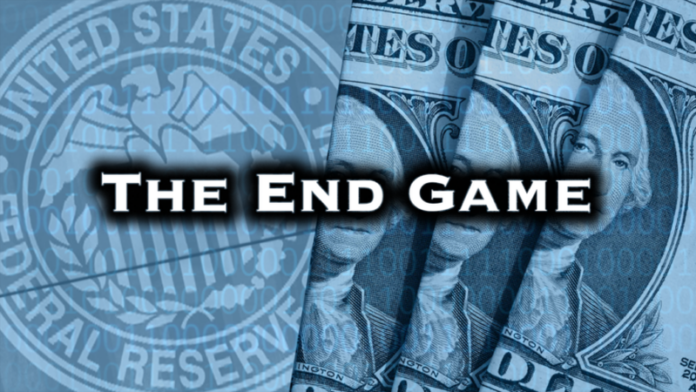 Zero Hedge: The global coronavirus pandemic has accelerated several troubling trends already in force. Among them are exponential debt growth, rising dependency on government, and scaled-up central bank interventions into markets and the economy.

The globalist IMF recently called for a new “Bretton Woods Moment” to address the loss of trillions of dollars in global economic output due to the coronavirus. Read More …

Opinion: If you have been following this blog for any length of time, you will know that economics play an important role on the end of days scenario as told in the pages of Bible prophecy.

And if 2020 taught us anything, health scares, money concerns and government interventions (lockdowns), not necessarily in that order, are dominating the global order.

From the article, some important history:

“In the aftermath of World War II, the original Bretton Woods agreement established a world monetary order with the U.S. dollar as the reserve currency.

Importantly, the dollar was to be pegged to the price of gold. Foreign governments and central banks could also redeem their dollar reserves in gold, and they started doing so in earnest in the 1960s and early 1970s.

In 1971, President Richard Nixon closed the gold window, effectively ushering in a new world monetary order based solely on the full faith and credit of the United States. An inflation crisis followed a few years later.

Fast forward to 2020, and the Fed has assumed for itself novel policy mandates that are a precursor to a new monetary system.

But the monetary masters aren’t contemplating a return to sound money. Rather, they’re planning for even more debt, more inflation …

And if you have been following this blog for any length of time, you are probably thinking this guy repeats himself a lot! And you would be right, the lateness of the hour demands it. Out of control debt will bring the nations to ruin.

Future scene: Antichrist is on the world stage but as a hero who solved the Middle East problem (Dan. 9:27; Rev. 6:1-2). Peace has been taken from the earth with wars and rumors of war (Mat 24:4; Rev. 6:3-4) and a sudden financial crisis, hyperinflation, is about to affect the whole world with the exception of the mega wealthy 1%.

Revelation 6:5-6 The Black Horse Rider carries scales with which to measure the comparative value of money and food (Matthew 24:7b).

See more in our paper “The 1% and Revelation: Do Not Harm the Oil and Wine” here