Zero Hedge: The ongoing institutional flow into crypto has pushed Bitcoin back above $16,000 this morning.

But this bullish surge could have consequences as Ray Dalio, the billionaire hedge fund legend, warns that Bitcoin’s price going higher will only force governments to take action. 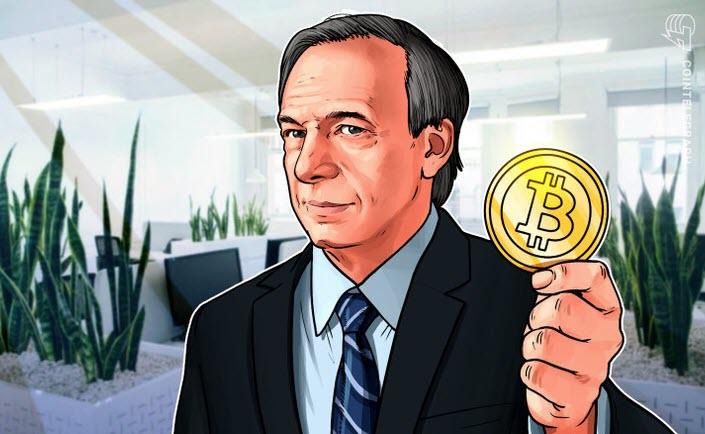 “On July 18, 2019 Facebook announced its intention to issue a global digital currency with the name Libra. Libra was to be built into a digital wallet called Calibra Wallet that would then be built into an APP for a laptop, iPad or Smart Phone so that people could access the money digitally.

Facebook saw Libra as a way to get banking to 1.7 billion people around the world who do not have bank accounts, making it a kind of central bank, while avoiding massive regulatory approvals.

But that’s not what happened. Libra could not escape global regulations and on July 30, 2019 it hit a brick wall over the regulatory problems it had hoped to avoid.

Then in April of this year, Facebook was reported to be looking at a scaled down Libra attached to just one currency, in an attempt to gain regulatory approval – but if that happens it is little more than one more digital currency out of many already in existence.”

Facebook’s regulatory road block was no accident. I continued:

“Many financial experts point to the Libra threat as being the primary reason that on June 30, 2019 the Bank of International Settlements (BIS), the central banks banker, began to develop central bank digital currency.”

When the BIS became interested in digital currency, it was game over for Facebook, or any other financial institution that wanted to play in that space. It is about control.

He causes all, both small and great, rich and poor, free and slave, to receive a mark on their right hand or on their foreheads, 17 and that no one may buy or sell except one who has the mark or the name of the beast, or the number of his name.” Rev. 13:16-17

In the past few months all 8 major central banks (here) have announced plans for digital currencies. See our posts “Cashless Society Comes Into View” here

Here is a replay of my Interview With Jimmy De Young:

“R.C. Morro comes to reveal in his report how close this world may be to a “one-world economic system” that will include “digital currency”. Remember, the Antichrist will lead this “economy system” from the literal City of Babylon, located in modern-day Iraq.” Jimmy DeYoung