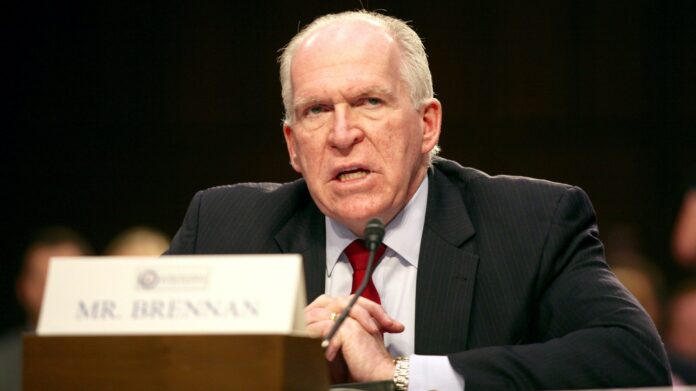 Daily Wire: Democrats lashed out on Friday in response to the news that the scientist who was at the center of Iran’s clandestine nuclear ambitions had been killed in an attack.

“Iran’s top nuclear scientist, who American and Israeli intelligence have long charged was behind secret programs to design an atomic warhead, was shot and killed in an ambush on Friday as he was traveling in a vehicle in northern Iran,” The New York Times reported.

“The scientist, Mohsen Fakhrizadeh, believed to be 59, has been considered the driving force behind Iran’s nuclear weapons program for two decades, and continued to work after the main part of the effort was quietly disbanded in the early 2000s.”

“This was a criminal act & highly reckless. It risks lethal retaliation & a new round of regional conflict,” former Obama-era CIA Director John Brennan said. “Iranian leaders would be wise to wait for the return of responsible American leadership on the global stage & to resist the urge to respond against perceived culprits.” Read More …

Opinion: John Brennan has a habit of calling Jerusalem by its Arabic name, ‘al Quds’.

In 1980, Brennan earned an M.A. in government from the University of Texas. In his graduate thesis, he denied the existence of “absolute human rights” and argued that “since the press can play such an influential role in determining the perceptions of the masses,” he was “in favor of some degree of government censorship.”

Also in 1980, Brennan joined the CIA as an intelligence director, and in the ’90s he served a stint as a daily intelligence briefer for President Bill Clinton. In 1998, he played a key role in preventing an American operation that would have killed or captured Osama bin Laden.

In a 2006 interview on C-SPAN, Brennan spoke of the Islamic terrorist group Hezbollah as an entity that merited a seat at the negotiating table along with the representatives of national governments from across the globe.

In August 2009, Brennan said Hamas, “started out as a very focused social organization that was providing welfare to Palestinians,” but eventually “developed an extremist and terrorist element” that “unfortunately delegitimized it in the eyes of many” and diminished the chances of the Palestinian people getting “what they truly deserve, which is a Palestinian state side-by-side with Israel.”

In 2009 as well, Brennan detailed for the first time the Obama administration’s decision to dispense with the term “global war on terror.”

Brennan served in the White House as Assistant to the President for Homeland Security between 2009 and 2013. Obama nominated Brennan as his next director of the CIA on January 7, 2013.

With Brennan types flooding the Biden Cabinet picks, and Biden promising to re-join the Iran nuclear deal, we are reminded of Prime Minister Netahyahu’s pledge …

Israel will not allow Iran to obtain nuclear weapons.