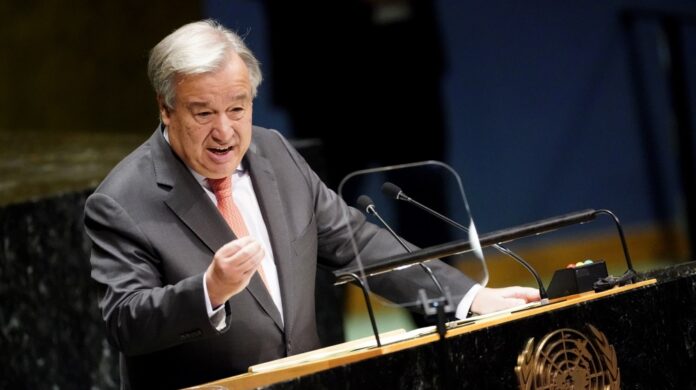 Speaking via video message to the East Asia Summit 2020, Guterres called on all countries to reject coal and join together in seeking other alternatives.

To that end, Guterres demanded efforts be made to “use the COVID-19 recovery effort to build green climate-resilient economies and work towards carbon neutrality by 2050.”

Opinion: Global elites are delighted with the announcement of a vaccine for Covid. Just think of how much control they will have over society as they dream of new ways to make people prove they have taken the vaccine.

According to Tucker Carlson’s August 25 reports on Fox News, the goal line has moved yet again.

Carlson quoted the World Health organization (WHO) Director General, Dr. Tedros Adhanom Ghebreyesus as stating that finding a vaccine for COVID-19 is not the final goal. No, the ultimate aim is the “reordering of society”,  adding, “We will not, we cannot go back to the way things were.”

Carlson also quoted Bill Gates as saying that the COVID-19 pandemic signifies “that the rest of us will have to sacrifice even more to save the earth from warming.” So, what’s the connection between the virus and climate control? Tucker Carlson ends it with these words, “both are pretexts for mass social control.”

There is one very important part of this global reordering, or reset, that every global elitist knows is missing: A new and charismatic world leader has not stood up to lead the effort … yet.

Daniel 9:26 tells us that this world leader will come from “the people who destroyed the city (Jerusalem) and the sanctuary (Temple) – the Roman Empire.

Daniel 7:24 tells us this world leader will come as a part of a 10 nation restructuring of Rome (revived Rome/EU):

In the same verse Daniel tells us that this world leader will gain power by deposing three kings:

… and another shall rise after them;
He shall be different from the first ones,
And shall subdue three kings.

Daniel 7:25 tells us this leader will openly turn against God and pursue His people, the Jewish people, and abandon all previous laws and institutions.

And he will focus his wrath on God’s people for 3.5 years …

… Then the saints shall be given into his hand
For a time and times and half a time.”

He is Antichrist, and the world is preparing to embrace him with open arms.