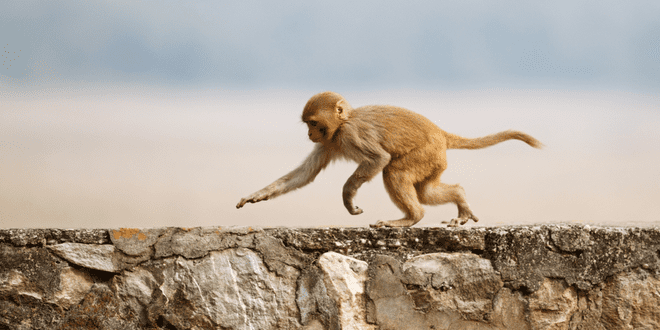 It was then, and later too, that the Nephilim appeared on earth—when the divine beings cohabited with the daughters of men, who bore them offspring. Genesis 6:4 (The Israel BibleTM)

Israel 365 Researchers at the Planck Institute of Molecular Cell Biology and Genetics in Germany and the Central Institute for Experimental Animals in Japan injected ARHGAP11B, a human-specific gene not normally present in monkeys, into the dark matter of marmoset monkey fetuses.

They concluded that the monkeys’ brains became more human-like by developing larger, more advanced neocortexes. The study was published in the journal Science.

“We found indeed that the neocortex of the common marmoset brain was enlarged and the brain surface folded,” said study author Michael Heide.

THE EXPERIMENT: PROBLEMATIC ACCORDING TO TORAH LAW

But this new study raises even more issues for the Biblically minded. The monkey fetuses were aborted due to “unforeseeable consequences,” according to a press release, but had they been born, the scientists already had a name for them; “transgenic non-human primates.”  Read More …

Now it came to pass, when men began to multiply on the face of the earth, and daughters were born to them, 2 that the sons of God saw the daughters of men, that they were beautiful; and they took wives for themselves of all whom they chose.

3 And the Lord said, “My Spirit shall not strive with man forever, for he is indeed flesh; yet his days shall be one hundred and twenty years.” 4 There were giants on the earth in those days, and also afterward, when the sons of God came in to the daughters of men and they bore children to them. Those were the mighty men who were of old, men of renown.

While many theories exist as to the identity of the sons of God and Nephilim, for this post we define the Nephilim (“fallen ones, giants”) were the offspring of sexual relationships between the sons of God (fallen angels) and daughters of men.

Noah’s generation sinned sexually, expressed in the mixing of species. Microchip brain implants into animals intended to bring on a new species is eerily similar.

Mixing of species is described in the Bible in a manner disturbingly similar to the experiment mixing human genetic material with developing monkey fetuses. In Genesis, “divine beings” and, later, Nephilim interbred with human women. The result was so abhorrent to God that He severely limited the lifespan of men.

Human abortion is, of course, forbidden by the Torah though animal abortion is not.

So God destroyed all but 8 people in His creation. He vowed by His rainbow that He would never destroy the world by flood again.

Man has even corrupted the rainbow.