Home PT World Order BREAKING: In-person March for Life canceled for all but ‘small group of... 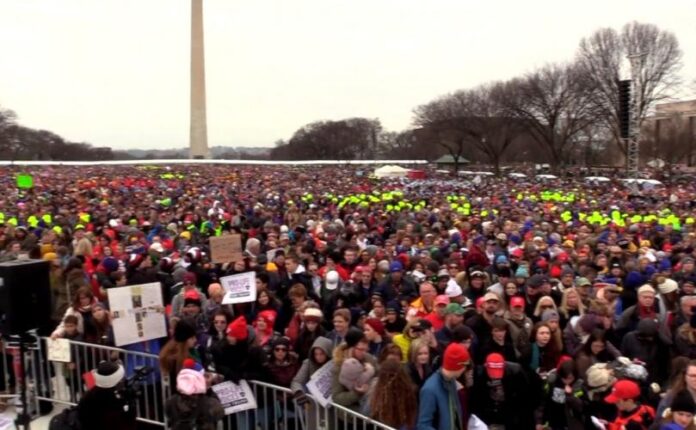 LifeSite News — Organizers of the annual March for Life in the nation’s capital have announced that the mass gathering against abortion is being effectively canceled this year in place of a virtual event, with only a “small group of pro-life leaders” invited to demonstrate in person.

LifeSiteNews’ Calvin Freiburger predicted Wednesday that the March, which was to take place Friday, January 29, would be the target of renewed pressure to cancel in light of the riot at the US Capitol last week following a rally and march in support of President Donald Trump’s protest of the 2020 election certification, where Democrats and their allies, as well as a handful of “pro-life” voices affiliated with the NeverTrump movement, claim Trump “incited violence” despite his speech calling only for peaceful protest to support Republicans who demanded an audit of the election results.

“The annual rally will take place virtually and we are asking all participants to stay home and to join the March virtually,” she continued. “We will invite a small group of pro-life leaders from across the country to march in Washington, DC this year. These leaders will represent pro-life Americans everywhere who, each in their own unique ways, work to make abortion unthinkable and build a culture where every human life is valued and protected.” Read More