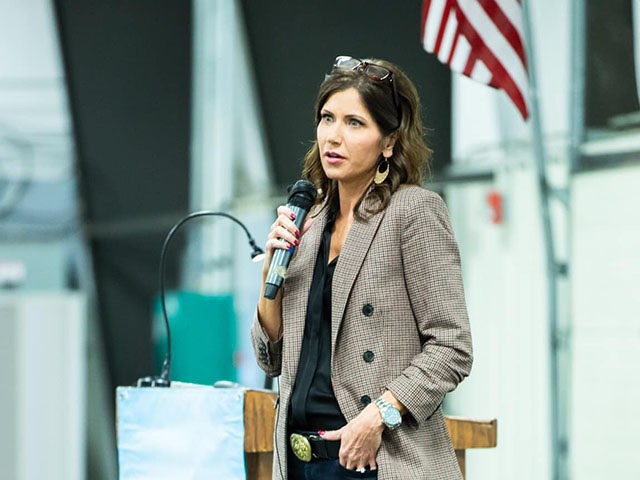 “Most of the mothers in this country are juggling a lot of different responsibilities,” Noem told Breitbart News when asked to put in context what is at stake for mothers in Georgia and nationally in this race. “They have a lot on their plate. Many of them are working, many of them are taking care of elderly parents, many of them are paying the bills, and many of them are making healthcare decisions—all of those are impacted by who we elect and who we put into the U.S. Senate.

David and Kelly have fought to make sure we keep more money in our pockets. If people vote for Warnock and Ossoff to go to Washington, DC, they will raise taxes. They have endorsed the Green New Deal which means four to five years from now we will have $4 to $5 a gallon gasoline.

That will make budgets even tighter, and people will have less money. Our food will be more expensive in the grocery stores. Healthcare decisions would be made by the government. These are very clear facts that Warnock and Ossoff have embraced and said they will do openly and publicly.

They also have a fundamentally different viewpoint of this country, and Warnock especially has had the opportunity to denounce Marxism and socialism and he did not do that. So, that’s the real life choices that I think women and moms are dealing with here in this election cycle, and they need to recognize not only does it change the direction this country is going but it will change their everyday decisions and what resources they have to take care of their families even six months to a year from now.”