Home PT World Order ‘No Evidence Of Threats, No Issues Flagged’ As MSM Stokes Fears Of... 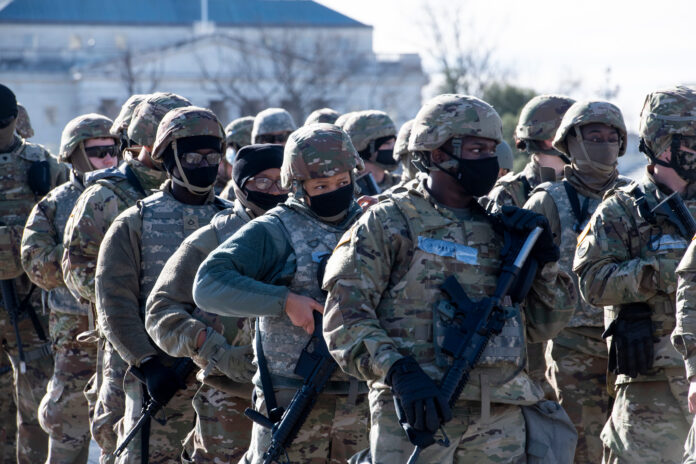 Zero Hedge: Fears of mayhem at state capitol buildings and the US Capitol complex in Washington, DC, this past weekend were widely overblown by mainstream media. Now there’s more fearmongering from mainstream outlets, this time it’s AP, who reports fears of an insider attack that have prompted the FBI to vet the 25,000 National Guard troops stationed in DC ahead of President-elect Joe Biden’s inauguration.

AP quotes Army Secretary Ryan McCarthy, who said military officers are conscious of the potential threat and warned officers to observe troops under their command for any red flags.

But, as usual, there’s something missing from AP’s headline. As Jack Posobiec points out, “the way read to establishment media articles is skip the headline and scroll to the middle,” while referring to the AP article titled “FBI vetting Guard troops in DC amid fears of insider attack.”

Despite the fearmongering of an imminent “insider attack” by Guardsmen during inauguration day, AP’s clickbait journalism is more or less another classic example of how real journalism is dead, as AP themselves admit, further down the story, past the point at which 99% of America’s short-sighted, closed-minded partisans will read, that:

So far, however, he and other leaders say they have seen no evidence of any threats, and officials said the vetting hadn’t flagged any issues that they were aware of.