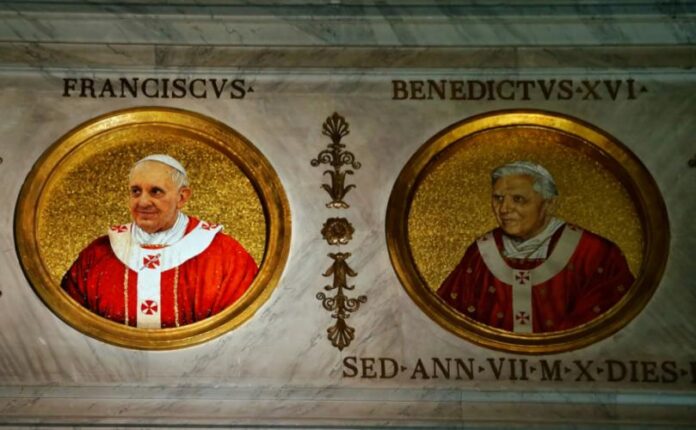 LifeSite News — Pope Emeritus Benedict XVI is to become one of the first in the Vatican to receive an abortion-tainted COVID-19 vaccine, as part of the Vatican’s own vaccination roll-out commencing today.

Pope Benedict’s personal secretary Archbishop Georg Gänswein spoke to the German language edition of Catholic News Agency (CNA), saying that Benedict would receive it “as soon as the vaccine is available.” Gänswein noted that he would receive the jab along with Benedict, as would “the whole household of the Mater Ecclesiae Monastery” where Benedict is living.

In a television interview aired on Sunday night, Pope Francis also stated that he would receive the vaccine, calling it “an ethical choice,” adding that “I’ve signed up. One must do it.” Francis went further, adding that “ethically, everyone should take the vaccine.”

“I don’t understand why some say, ‘No. Vaccines are dangerous,’” the Pope said. “If it is presented by doctors as a thing that can go well, that has no special dangers, why not take it? There is a suicidal denial that I wouldn’t know how to explain.” Read More