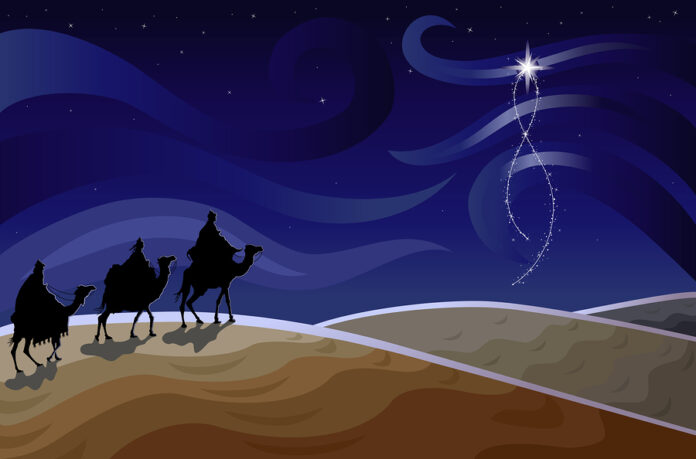 In most Latin and South American countries and Spain, Santa Claus is not celebrated by Christians. Instead, in the days leading up to Christmas Day, Nativity scenes are displayed, and on Christmas Eve families gather and share the traditional Nochebuena (good night) meal.

The 12 days of Christmas begin on December 25 and end on January 6. These countries hold to ‘tradition’ that says it took 12 days for the Magi to travel from the East to Bethlehem to visit the Christ Child. It is called Dia De Los Tres Reyes, or Los Reyes Magos (Day of The Three Kings), also known as the Feast of the Epiphany (revelation of Jesus Christ as the Savior and Son of God), the day the three Magi visited Jesus with gifts.

Tradition aside: the Magi were not kings, they were a class of Parthian wise men, possibly priests, who were interpreters of special signs, particularly in astrology, and in Daniel’s exile in Babylon he saved their lives (Daniel 2:24;46-48). Their successors were surely searching the skies fervently since they knew from the Angel Gabriel’s teachings to Daniel that the King’s presence was approaching. However, it would have taken them much longer than 12 days of travel, especially on those ancient roads.