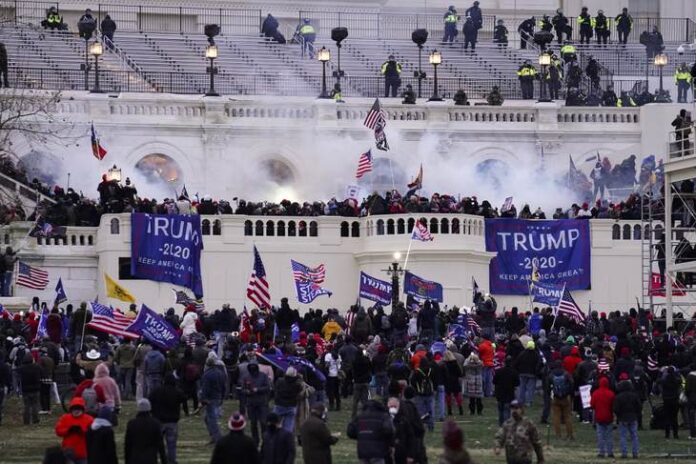 PJ Media: Around 3500 years ago in ancient Egypt, there lived a pharaoh who didn’t believe there were multiple gods ruling the universe. Pharaoh Akhenaten believed there was only one god — Aten the sun god. As you might imagine, this didn’t sit well with a lot of people. Priests who made a living assisting in the worship of other gods lost their livelihoods and since religion was a big deal in Egypt, a lot of important people connected to other gods lost quite a bit.

Akhenaten had sort of a co-regency with his son, Pharaoh Amenhotep IV, who also believed in the one god. After their deaths, the priests and those who worshipped other gods took their revenge on both of them. They systematically erased both pharaohs from history — literally. They scratched out their names on carvings, they chiseled over their names on stone tablets, they destroyed every scroll where their names appeared, they toppled any statues that bore their likenesses.

How effective was this erasure? When a bust was found of Akhenaten in the 19th century, nobody could figure out who he was.

Not even the Soviets, who became famous for scrubbing their history books of Communist leaders who had fallen out of favor did such a fabulous job in erasing history. This is all relevant because Trump, and those even just tangentially associated with him, are about to be erased from history by those on both sides who see a political opening to destroy their opponents. Read More …

Oh, did I mention the Wall Street Journal?

It has been the most consequential administration in my lifetime. Donald Trump defended Israel, made Jerusalem Israel’s capital again, took the Golan Heights off the table for Syria, stopped payment of US funds for terror salaries to the Palestinian Authority, cancelled the Iran nuclear deal, punished Iran with crippling sanctions, punished Bashar Assad for using chemical weapons on his own people, rebuilt the US military and Veterans Administration,  dropped the mother of all bombs that ended ISIS, brought 5 Arab nations to peace with Israel, stopped North Korea’s rocket man, challenged China trade with tariffs, repealed Barack Obama’s leftist legacy, stopped $220 million last minute payment to the PA, cancelled the Paris Climate Accords, stopped immigration from terror nations, defended the 1st and 2nd Amendments, replaced hundreds of miles of the US boarder wall, built over 200 miles of new wall, defended US monuments, stood up for law enforcement, protected gay Americans, started the “End The HIV Epidemic” providing financial support for Aids medication, funded all Black colleges, cut taxes for working families, eliminated 800 business killing regulations, prior to Covid created more than 400,000 manufacturing jobs, employed more Americans than ever recorded before in our history, the unemployment rate for Black and Hispanic-Americans hit the lowest rate ever recorded, middle class income rose for the first time in 30 years, increased the wealth of all Americans, spoke at the Right to Life rally, after Covid operation warp speed brought Covid vaccine in record time, saved Christmas, defended religious freedom.

That is why he is hated. Donald Trump acted while others made empty promises. And he did all that in 4 years while constantly defending himself from phony dossiers, phony impeachment hearings and the left’s overall disdain for every word out of his mouth.

That is why weak politicians are abandoning him. And that is why his memory, and those who supported him, must be erased like Akhenaten.

Once the Equality Act is passed and the church is removed (1 Thess. 4:6-17), mentioning it, or Donald Trump, will be Illegal.