Home Antichrist The Slow Implosion Of The European Union 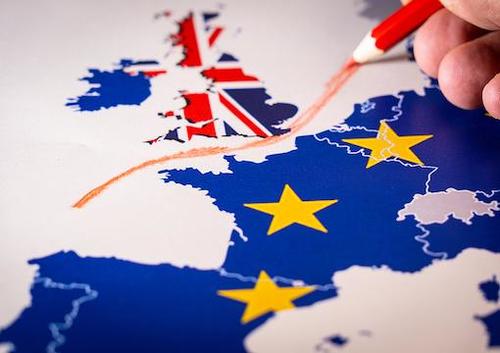 Zero Hedge: It was just supposed to be a trading organization, a way to make commerce easier and in so doing build a sense of friendship and understanding on a war-ravaged Continent. In fact it was called “The Common Market.” But even after having joined (after years of being blocked from membership by President Charles de Gaulle of France), Britain had doubts.

For decades a parade of prime ministers implored the E.U. to halt its efforts for the closer integration of nations. Their entreaties fell on deaf ears. On came the E.U. flag, the E.U. anthem, rules and regulations on literally every facet of human life. Officials began talking about a “federation” of states, with a common foreign policy and army. And then came the common currency: the euro, a fraud of monumental proportions because it sought to replace national currencies that are based upon the economic realities of each nation with the illusion of fiscal strength based on “solidarity.”

It is, in reality, deeply dishonest with a distinctly anti-American flavor. Ever suspicious of Continental combinations, the British looked on in anger. When they finally had their say, they wanted out. Read More …

Opinion: With Britain out of the EU and Poland, Hungary, Greece, and Italy said to be watching developments very closely to decide on a pullout, the once 28 state union could shrink to 23 states.

But Bible prophecy tells us there will be 10 horns (nation-states) with great power in the revived Roman Empire. Daniel chapter 2:39-41

(Rome and revived Rome are considered 1 empire or kingdom)

We left off with 20 possible nation-states in the revived Roman Empire and the UK Express pulls out Ireland and France, which leaves 18. Bible prophecy says there will be 10.

So we keep watching …