Home PT World Order Tulsi Gabbard on Dems’ Terror Law: ‘We Don’t Have to Guess About... 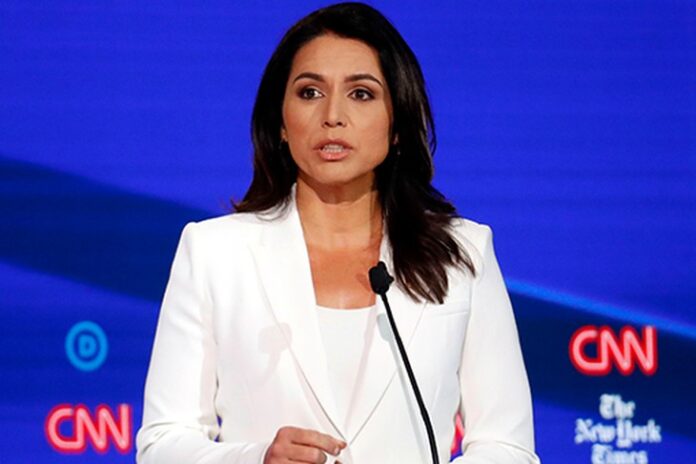 PJ Media: Former Rep. Tulsi Gabbard (D-Hawaii) raised the alarm about the Democrats’ disturbing crackdown on “domestic terrorism” in the wake of the Capitol riot on January 6. She warned that the domestic terror bill that House Democrats have proposed would “undermine our constitutional rights and freedoms,” and lead to law enforcement targeting “almost half of the country.”

“We don’t have to guess about where this goes or how this ends,” Gabbard said, ominously, in an interview with Fox News on Friday.

“When you have people like former CIA Director John Brennan openly talking about how he’s spoken with or heard from appointees and nominees in the Biden administration who are already starting to look across our country for these types of movements similar to the insurgencies they’ve seen overseas, that in his words, he says make up this ‘unholy alliance’ of religious extremists, racists, bigots, he lists a few others and at the end, even libertarians,” the former congresswoman noted.

Indeed, as PJ Media’s Paula Bolyard reported, Brennan named libertarians as part of the “unholy alliance” including “religious extremists, authoritarians, fascists, bigots, racists, [and] nativists.” Independent journalist Glenn Greenwald warned that Brennan is suggesting using “the tools that they used to take ISIS off the internet, the tools they used to destroy al-Qaeda,” against political movements opposed to the Left.