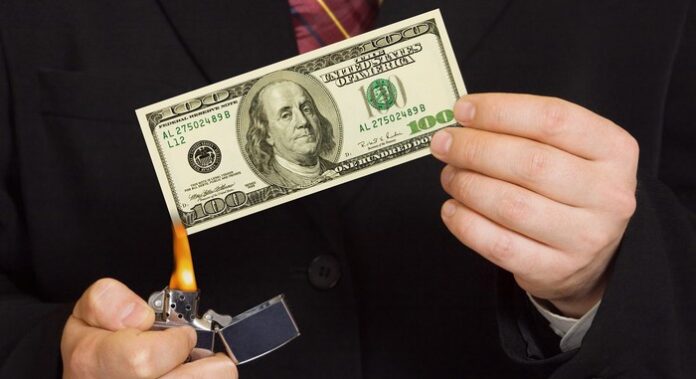 Zero Hedge: If President Biden wants to save the US economy, his first measure should not be to print $trillions of worthless new money but instead tell his secretary of the treasury Janet Yellen to withdraw all debased currency from circulation just as Aristophanes suggested in 405BC, Copernicus in 1517 and Gresham in 1560.

There is only one problem with withdrawing the debased dollars… THERE WOULD BE NO MONEY IN CIRCULATION AT ALL since all dollars are totally debased.

The problem with paper or fiat money is that you can’t evaluate the fineness. The fact that $100 in 1971 has been debased by 98% is impossible to tell since it is still called $100 although the purchasing power in 2021 is only $2!

And this is how governments and central banks continually swindle their people by debasing their money without the people’s understanding or knowledge. Read More

At the rate the world’s central banks are printing money, that same loaf of bread will one day be $5000. 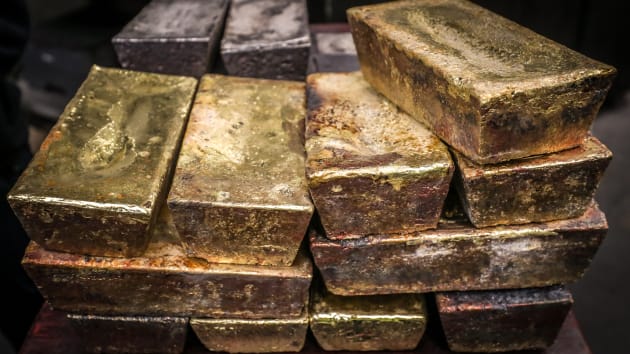 “Imagine if Biden instructs Yellen to take all dollars (bad money) out of circulation and to replace it by good money – gold.

Good money could naturally not be another fiat currency or digital money but would have to be gold backed money. There are many ways to calculate what the gold price would need to be, depending on which measure for money supply is used.

This is obviously not a forecast but just a theoretical calculation.”

But if gold does skyrocket, which countries would benefit the most? Financial analysts have speculated for years that the US gold holdings, which have not been audited since the 1950’s, may be as low as 8000 tonnes, while some speculate that it may be gone. China’s gold holdings, on the other hand, may be as high as 20,000 tonnes, and Russia is thought to have 2000 tonnes.

Stay with me as I try to connect the dots. Revelation 6:5-6 prophesies global hyperinflation meaning that one or more major countries debased their currency to the breaking point, and the last man standing is China, and to a lesser extent Russia.

If the US dollar and euro were to crash at relatively the same time, like say from the mysterious disappearance of tens of millions of people, and China became the world’s #1 dominant economy, the stage would be set for a previously unknown world leader to ride in on a white horse (Rev. 6:1-2) to save the West, which is eerily similar to what gave rise to Adolf Hitler.

See “Is the Church In The Tribulation?” here