Home anti-Semitism BIDEN HINTS AT KILLING SECOND AMENDMENT: ‘WHAT HAMAN WANTED TO DO ON... 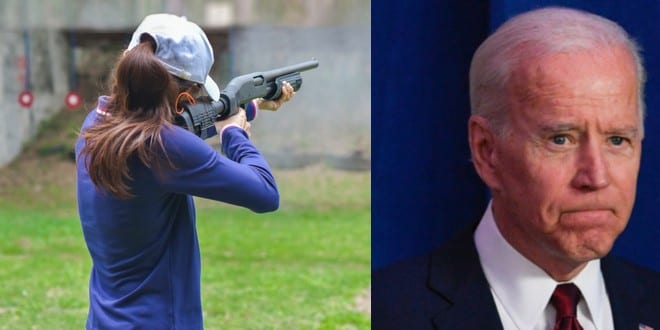 Israel 365, Excerpts: President Biden is threatening to use an executive order to impinge upon the Second Amendment right to bear arms in what one Israeli politician describes as, “The first act of a dictator when he rises to power.”

President Biden marked the third anniversary of the Parkland High School shooting on Sunday by calling on Congress to enact strict gun-control legislation.

WHOSE PLAN IS IT REALLY?

This stance, including resorting to executive action, is more consistent with the stated position of Vice President Kamala Harris than with that of President Biden. During a CNN Presidential Town Hall in April 2019, Biden was asked if he would utilize executive order to enact gun-control. He responded, “Some things you can but some things you can’t.”

Then-presidential hopeful Harris chided her future boss, saying, “Hey Joe, instead of saying ‘No we can’t, let’s say yes we can.”

Biden then reminded her, “It has to be constitutional. We have a constitution,” to which Harris responded again, “Yes, we can.”

Though Judaism does not permit hunting as it precludes ritual slaughter, bearing arms for personal protection has many strong Biblical precedents. Abraham was proficient at war, emerging victorious in a battle against four kings. The Jews left Egypt with weapons and used them effectively many times before arriving in Israel–where God required they conquer the land. David established his reputation by using a sling against Goliath. But the need for citizens, most especially Jews, to bear weapons against a capricious government was illustrated in Shushan when the Jews chose not to wait for divine intervention and rose up in arms against their enemies. Read More …

Throughout the provinces of King Ahasuerus, the Yehudim mustered in their cities to attack those who sought their hurt; and no one could withstand them, for the fear of them had fallen upon all the peoples. Esther 9:2 (The Israel BibleTM)

Opinion: What can we learn from the Jews of Shushan?

Esther 3:10: “So the king took his signet ring from his hand and gave it to Haman, the son of Hammedatha the Agagite, the enemy of the Jews.”

Twenty-four hundred years ago the bloodline of Esau showed up in Persia, modern-day Iran. Israel’s first king Saul had been given explicit instructions to kill all the Amalekites (1 Sam. 15:1-3) to stamp out the divergent bloodline of Amalek, grandson of Esau.

Few people recognize the signs of Haman until it is too late.

Had the Jews of Shushan been unarmed, Haman’s plan to kill every Jew in what is today modern day Iran may have succeeded.