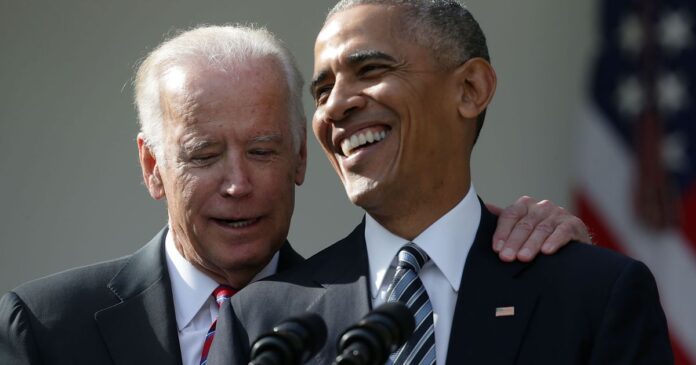 Jewish Press: Last month, Jonathan Tobin sounded the alarm on Biden’s foreign policy in the Middle East, which is guided by the foreign policy establishment now back in charge.

President Biden’s foreign policy and national security team reflects a resurgence of the State Department’s worldview. An examination of this worldview and its track record is required, in order to avoid past mistakes.

1. In 1948, the State Department opposed the recognition of Israel for a variety of reasons: Israel would be helpless against the Arab armies arrayed against it …

2.During the 1950s, the US courted Egyptian President Gamal Abdel Nasser as a potential Middle East ally, going so far as to extend non-military aid to Egypt. But In return,
Nasser turned into a key ally of the then-USSR …

3. In 1978-1979, the Carter administration betrayed the pro-US Shah of Iran and instead embraced Ayatollah Khomeini …

4. In 1980-1981, during the Reagan and first 2 years of the George H. W. Bush administrations, the US collaborated with Saddam Hussein and supplied him with
intelligence-sharing …

5. From 1993-2000, during the Clinton administration, the US praised Yasser Arafat as a messenger of peace, worthy of the Nobel Prize for Peace …

6. In 2009, the Obama administration embraced the anti-US Muslim Brotherhood, ignoring its terroristic nature, and looking at it instead as a political, secular entity ….

7. Up until the 2011 civil war in Syria, the State Department considered Bashar Assad to be a reformer and possibly a potential moderate …

8. In 2011, the Obama State Department was a key supporter of the US-led NATO military offensive, which toppled Libya’s Qaddafi, despite the fact that Qaddafi
o dismantled Libya’s nuclear infrastructure …

9. In 2011, the Washington, DC foreign policy and national security establishment welcomed the eruption of violence on the Arab Street in various Arab countries …

10. In 2015, the Obama administration ignored Iran’s core fanatical and repressive ideology and its systematic perpetration of war and terrorism … Read More

Opinion: One that Jonathan Tobin missed was/is the constant demand for Israel to return to the 1967 borders, cutting the Jewish state in half and making it vulnerable to relentless attack

So how did Israel survive when its only real ally made one foreign policy blunder after another?

“Thus says the Lord,
Who gives the sun for a light by day,
The ordinances of the moon and the stars for a light by night,
Who disturbs the sea,
And its waves roar
(The Lord of hosts is His name):

“If those ordinances depart
From before Me, says the Lord,
Then the seed of Israel shall also cease
From being a nation before Me forever.” Jeremiah 31:35-36

Notice Jonathan Tobin did not mention President Donald J. Trump in the list of blunders.