Zero Hedge: California now fulfills Fyodor Dostoyevsky’s nightmare vision in his prophetic masterpiece “The Possessed” as to what unlimited liberalism must inevitably create – if not stopped in its tracks and rolled back.

Where California goes today, the rest of the United States and much of the Western world goes tomorrow. But what we are now seeing in America’s most populous state is the complete internal collapse of the entire liberal progressive civilization and the society that has most frantically tried to fulfill it 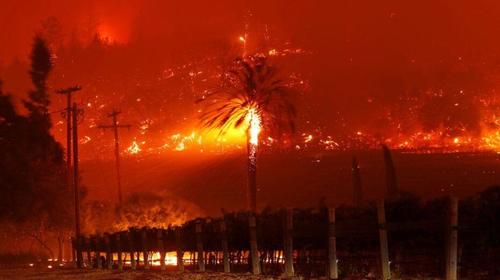 California rapidly grew into the wealthiest and largest population US state. It has produced two two-term presidents (Richard Nixon and Ronald Reagan), one of the most important Chief Justices of the Supreme Court (Earl Warren) and the likely next president – current Vice President Kamala Harris if 78-year-old Joe Biden cannot complete his term.

From 1928 to 2004, 14 out of 19 winning presidential election tickets included someone from either California or Texas and Biden’s choice of Harris put California back at the heart of national electoral politics last year.

Politically, California remains rock solid liberal. It has not elected a single Republican to national or statewide office since reelecting incumbent Governor Arnold Schwarzenegger in 2006. In 2016, then-Governor Jerry Brown notoriously notoriously handed out state accreditation and driving licenses to untold hundreds of thousands of illegal immigrants, secure in the knowledge that they would all vote Democrat and so it proved. Registered Democrats now hold a 46 percent to 24 percent advantage over registered Republicans statewide.

California also holds a cast-iron grip on the national Democratic leadership in Congress through House Speaker Nancy Pelosi and her key allies such as Congressman Adam Schiff, whose farcical bungles in the two impeachments of President Donald Trump did not dent his immutable position as one of Pelosi’s most youthful favored sons (he is merely 60) at all.

Yet now, California is in terminal collapse and crisis. Read More