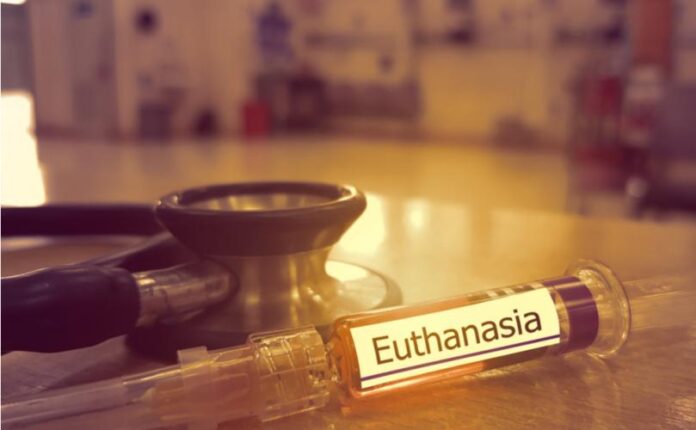 LifeSite News: A Canadian doctor suddenly found herself a patient on the ward of a rehabilitation unit after an accident left her paralyzed from the waist down this past October. Now, she said she is worried about the latest expansions to Canada’s legalized euthanasia program and how they will affect people, in particular those with disabilities.

Corrina Iampen, a GP from Kelowna, British Columbia, told LifeSiteNews that just weeks after her paralyzing accident last fall, a doctor in hospital asked her if she would like a “Do Not Resuscitate (DNR) order” put on her medical chart. Iampen said she did not want extra medical measures taken to keep her alive but at the time, those treatments were necessary anyway. She said yes to the “DNR.” The treating doctor then said, “Well, do you want me to just call MAiD?”

MAiD — or Medical Assistance in Dying — is the Canadian euphemism for legal doctor-assisted suicide by injection. Bill C-7, which would expand the accepted criteria for euthanasia to people who are not actually dying but diagnosed with a non-life threatening condition including permanent disability, has already passed first reading in the House.

Amendments to allow for euthanasia of people with mental illness and for “advance directives” — for people to be euthanized should they become incompetent in the future, as in Alzheimer’s dementia — passed in the Senate this week. Read More …

Opinion: In the past year, New York City lit up the New World Trade Center in pink to celebrate abortion up to the moment of birth.

Also in the past year, Virginia’s governor, a former child neurologist, suggested that when a child survives abortion, the mother and her doctor can then decide if the baby lives or dies.

On February 4 of this year, the Democrat Party blocked the Born-Alive Abortion Survivors Protection Act. The bill simply required health care providers to do their utmost to save a child’s life in the event that he or she should survive an abortion. The bill was voted down.

So now, it is euthanize the elderly, the weak and infirm. A perfectly logical next step for a godless society. Here is a possible billboard:

Lose a Life – Save the Environment. Kinda has a ring to it.