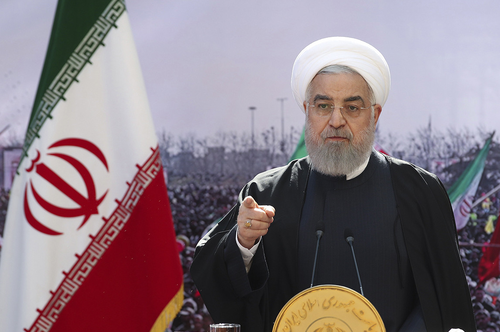 Zero Hedge: Iran has snubbed the White House’s signaling on Thursday that it’s ready to sit down for EU-sponsored talks toward restoring the 2015 nuclear deal. For the first time in the Biden administration a senior US official said “We are ready to show up if such a meeting were to take place” – in what’s clearly an invitation for Iran to signal the same. But Tehran has slapped it down, sticking with its line that Washington must begin dialing back sanctions first.

Bloomberg reports on the latest Friday after a flurry of statements out of the US administration which appeared to belatedly extend an open hand: “Iran said the U.S. must first return to the 2015 nuclear deal and lift sanctions if it wants talks with the Islamic Republic, appearing to snub an effort by the Biden administration to begin direct discussions before officially rejoining the accord.”

Iran’s foreign ministry then took the opportunity to remind the world that there was a perfectly good nuclear deal in place to which Iran was in full compliance but that “Trump left the room and tried to blow it up” – in reference to the US pulling out of the deal in May 2018. Read More