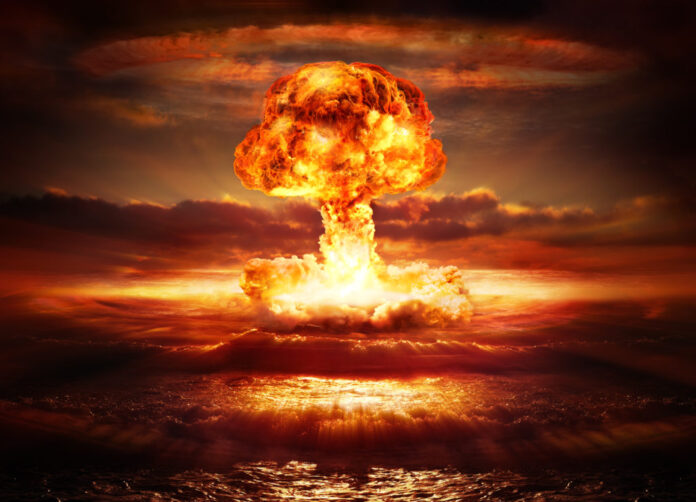 LEAD STORY The United States Department of Defense is saying there is a real possibility for a nuclear war between America and either China or Russia Read Jimmy’s report on today’s top story, and how this event relates to Bible prophecy.

Geo-political events that happen on a daily basis in our world, happen at God’s directive so that the Biblical scenario, a prophetic scenario, will come into place to fulfill God’s plan for the future. Today on PTIB Jimmy DeYoung will bring Ken Timmerman to his Broadcast Table to discuss these geo-political events and come to a realization of how close God’s Plan is to being fulfilled. Jimmy and Ken have a number of issues to discuss, especially as it relates to China and Russia, and according to the Dept. of Defense, there is a real possibility of a nuclear war between America, and either Russia and/or China.

JD: Let’s get to the Geo political activities. I’m hearing a report supposedly coming from the Department of Defense here in America says there’s a real possibility of a nuclear war between the United States, Russia, and or China. What do you know?

KT: Well Jimmy this was quite an astonishing statement to me from the commander of strategic command that’s all of our nuclear weapons forces. Admiral Charles Richard who said in an article that he published just recently that the OD to the Defense Department for the first time since the collapse of the Soviet Union now sees a real possibility of a nuclear war or a conventional war that becomes a nuclear war with either China or Russia. This is a incredible dramatic statement. Our military leaders are not inclined to make statements like this. They are not inclined to make statements that kind of openly presage the potential of war. So I take this very seriously.
What it’s based on that I can see is the dramatic expansion of the nuclear weapons capabilities of both Russia and China. Russia pushing the edges of the start agreement with the United States and having engaged in the past decade in a massive massive overall of their strategic nuclear weapons capabilities. The whole triade, ground base missiles, air launch missiles, sea launch missiles the whole shabang if you wish. At 650 billion dollars on that military modernization that Putin has spent even at a time when Russia has been under sanctions and hard pressed economically.

JD: Ken Timmerman explaining why the United States Department of Defense believes there is a real possibility of a nuclear war between America and either China and or Russia.

The three major super powers are all wanting to be number one militarily in this world. That makes for a viable possibility of a nuclear war breaking out between these super powers. As we look into the prophetic future we only see two of these super powers China and Russia. China, Revelation 16:12 and Russia, Ezekiel 38:2. Remember America is not mentioned in Bible prophecy. The demise of America may be at the hands of either China or Russia. God’s plan will be played out.