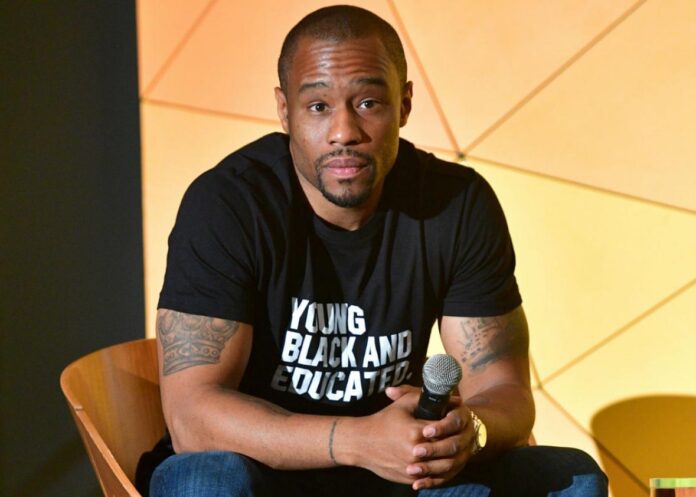 PJ Media: On February 6, the Democratic Socialists of America hosted an online panel discussion titled “DSA, BDS, and Palestine Solidarity.” One of the panelists was Marc Lamont Hill, a professor of media studies and urban education at Temple University and outspoken Black Lives Matter activist, who admitted that one of the explicit goals of the Black Lives Matter movement was to “embrace BDS” and “dismantle” the Jewish State of Israel.

“This generation of activists say ‘No, let’s defund. No, no, let’s abolish. Let’s imagine new possibilities,’ and one of the new possibilities that they’ve imagined, um, is a world where, that is anti-imperialist,” stated Hill.

Unchecked, the combination of stagnating middle-class incomes and increasing ‘elite’ control over government would inevitably fuel a Third-World-ization of America and spark a populist rebellion against the status quo. The idea of the ‘elite deep state,’ already prevalent, was unwittingly given credence by a Time magazine article detailing “The Secret History of the Shadow Campaign That Saved the 2020 Election.” Read More …

Temple U professor and BLM activist Marc Lamont Hill says the goal of Black Lives Matter is to "dismantle the Zionist project" and is "very explicitly embracing BDS" pic.twitter.com/V9hKAm5jby

Opinion: “And ye shall know the truth, and the truth shall make you free.” John 8:22

Finally, a BLM leader/academic admits the truth about one of the ‘explicit’ goals of Black Lives Matter. Abolish Israel by whatever means necessary. Boycott, Divest and Sanction (BDS) is an economic tool that literally starves Israeli run businesses operating in its heartland.

A second and more dangerous tool is to support Israel’s main enemies: Muslim Brotherhood, Palestinian Authority, and Iran (not necessarily in that order). Marc Lamont Hill articulated what Barack Obama, the United Nations and European Union tried but failed to accomplish. A two state solution with Israel’s return to the 1967 borders – and East Jerusalem and the Temple Mount, the capital of a Palestinian state.

Esau would be so proud.

“Even though Edom has said,
“We have been impoverished,
But we will return and build the desolate places …” Malachi 1:4

Esau’s descendants have returned to the land to try to reverse their predecessor’s squandered birthright:

But Jacob said, “Sell me your birthright as of this day.”

So he swore to him, and sold his birthright to Jacob. 34 And Jacob gave Esau bread and stew of lentils; then he ate and drank, arose, and went his way. Thus Esau despised his birthright.”

This time, however, Esau has the support of the nations of the world …

… and based on Joe Biden’s month-long delay to call Prime Minister Netanyahu, an Obama repeat is all but assured.