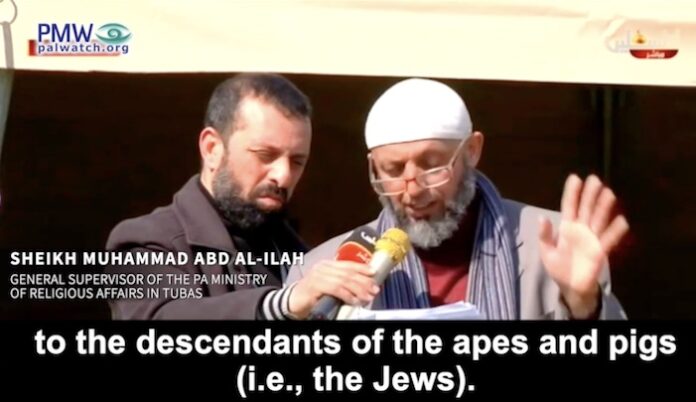 Jihad Watch: Al-Ilah is no “extremist.”

“And when we made a covenant with you and caused the mountain to tower above you, hold fast to what we have given you, and remember what is in it, so that you may fear Allah. Then, even after that, you turned away, and if it had not been for the grace of Allah and his mercy, you would have been among the losers. And you know about those among you who broke the Sabbath, how we said to them, Be apes, despised and hated.” (Qur’an 2:63-5)

“Say, O people of the book, do you blame us for anything other than the fact that we believe in Allah and in what is revealed to us and what was revealed previously, and because most of you are transgressors? Shall I tell you of a worse case than theirs for retribution with Allah? He whom Allah has cursed, on whom his wrath has fallen, and of whose sort, Allah has turned some into apes and pigs, and slave of taghut. Such people are in a worse condition and farther astray from the sound path.” (Qur’an 5:59-60)

“So when they took pride in what they had been forbidden, we said to them, Be apes, despised and hated.” (Qur’an 7:166)