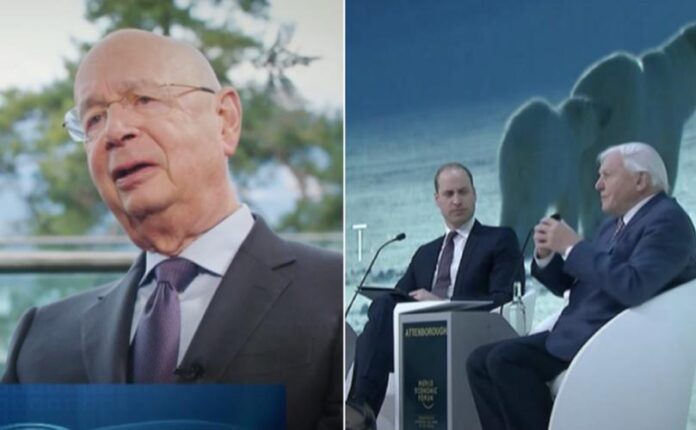 LifeSite News: The U.S. Federal Reserve has recently joined a little-known international conglomerate of central banks, all fundamentally committed to enforcing the “green,” eco-friendly dictates of the anti-life, global governance Paris agreement, in line with the Great Reset.

Such a move has raised alarming concerns about the influence which banks will exert in enforcing green policies as part of the World Economic Forum’s so-called Great Reset. For instance, one of the goals of this all-powerful, world-banking conglomerate appears to be to decimate the entire fossil fuel industry and the many thousands of industries and millions of jobs related to it.

In September, LifeSiteNews co-founder Steve Jalsevac warned that COVID-19 is being used as a means to implement extreme, globalist policies to promote the green agenda. He noted the “shocking climate change connection to the Wuhan virus mitigation policies and that it is really about implementing the extreme Paris Climate Change Accord policies and UN Sustainable Development goals, the ‘Great Reset,’ and world depopulation goals.”

“Lockdowns have led to massive, man-made carbon dioxide and pollution drops. The globalists are forcing people to see what the world would look like if there were fewer people in the world, as though we will all be positively impressed with empty streets and highways, no cruise liners on the seas, and few aircraft in the skies. It is downright evil.”

In December 2020, the U.S. Federal Reserve Board announced that it had joined the Network of Central Banks and Supervisors for Greening the Financial System (NGFS), which is an international group of “Central Banks and supervisors” with the purpose of transforming the global economy in alignment with green, sustainable policies.  Read More …

Opinion: Fewer people in the world is the globalist goal, and has been for a long time

It is an unfortunate reality that many people in the world have anti-life and other distorted views that could influence how they use their power and positions in government. The views of those involved with the provision of COVID-19 data and information and COVID-19 vaccines are relevant. read more

So you see globalists have been trying to rid the planet of us bourgeoisie, energy-guzzling pests who cling to guns and Bibles for years.

Economic pressure on business from a consortium of central banks (Network of Central Banks and Supervisors for Greening the Financial System – NGFS) is a sure fire way to control the climate agenda under the cloak of the Great Reset:

The Vigilant Citizen website (Here) provided this video, so get out your popcorn …