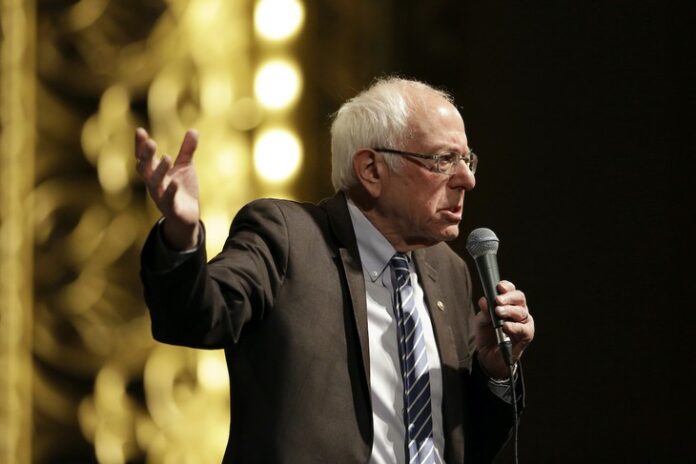 PJ Media: In 1144 in Norwich, England, the world was formally introduced to the concept of a “Jewish Blood Libel”; the anti-Semitic practice of blaming the death of non-Jews on the Jewish people as a justification for persecuting the Jews. In the 12th century, the horrific myth was that Jews use the blood of Christian children in the Passover matza. Not only was this claim ludicrous on every level (the Torah prohibits us from consuming even the tiniest amount of blood), it was used as an excuse by anti-Semites to kill Jews at every opportunity.

But never in history has this type of vitriolic anti-Semitic behavior been practiced by a Jew.

Enter Bernie Sanders, a man raised as a child in Brooklyn with a traditional Jewish education and Bar Mitzvah. No matter how he lives his life, as a man with a Jewish mother (his parents were Jewish Polish immigrants), Bernie Sanders is Jewish.

Which is why his virulent, self-hating anti-Semitism is so disgusting. Read More …

Opinion: I am told that through 23andMe.com it is possible to detect the bloodline of Neanderthal man. Answers in Genesis says Neanderthals were a group of humans descended from Adam and Eve, who lived in the harsh post-Flood world source.

In researching for our book Antichrist: The Search for Amalek we found this:

Excerpts: Blood Markers for High Priest (for the 3rd Temple):

“In a January 2000 post from the Jewish website Aish.com, an article by Dr. Karl Skorecki considered a hypothesis: “If the Cohanim are descendants of one man, they should have a common set of genetic markers — a common haplotype — that of their common
ancestor.”

That even though Cohanim can be significantly different in stature, skin coloration and hair and eye color, they can still be from the line of Cohanim, direct descendants of one man — Aaron, the brother of Moses.

Calculations based on the high rate of genetic similarity of today’s Cohanim resulted in the highest “paternity-certainty” rate ever recorded in population genetics studies — a scientific testimony to family faithfulness.

This is the family tree of Esau, who is also called Edom. Esau married women of Canaan: Adah, daughter of Elon the Hittite; Aholibamah the daughter of Anah and the granddaughter of Zibeon the Hivite; and Basemath, daughter of Ishmael and sister of Nebaioth.
Adah bore Eliphaz;
Basemath bore Reuel;
Aholibamah had Jeush, Jaalam, and Korah.
Eliphaz, son of Esau’s wife Adah: the sons of Eliphaz: Teman,
Omar, Zepho, Gatam, and Kenaz.
[Eliphaz also had a concubine, Timna, who had Amalek]”

In the same way that a common set of markers can now identify a Neanderthal and a  descendant of Aaron, is it conceivable that we could identify the descendants of Amalek?

Of course we can.