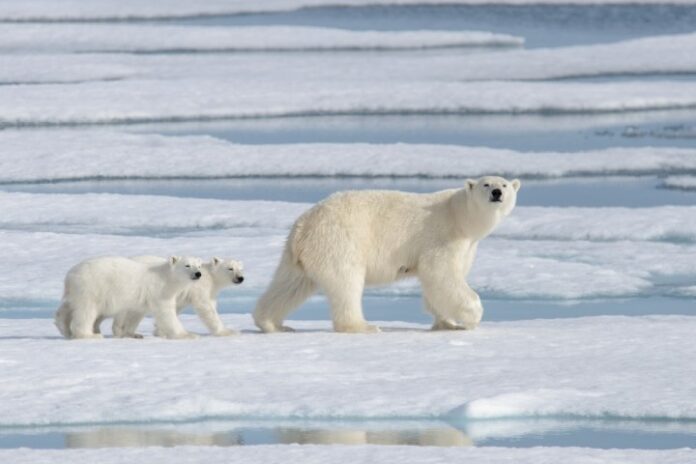 The New American: Just in time for International Polar Bear Day — yes, that’s a thing — came some good news for the hypercarnivorous Arctic-dwelling species. Canadian zoologist Susan Crockford has published a new State of the Polar Bear Report for 2020, in which she concludes that the bears’ allegedly dire situation is improving despite climate-alarmist concerns that the animal is almost assured of going extinct due to the scourge of anthropogenic global warming.

While the earth remains,
Seedtime and harvest,
Cold and heat,
Winter and summer,
And day and night
Shall not cease.” Genesis 8:22

For years now, climate alarmists have been using images of polar bears supposedly “stranded” on ice floes as evidence that global warming — now stylized as climate change, or climate emergency —- is destroying the habitat of the apex predators, thus putting the species at risk of extinction. Polar bears are sometimes referred to as the “canary in the coal mine” when it comes to climate change. In other words, stressed populations of polar bears equals a stressed climate.

But according to Crockford’s report, polar bears, at least currently, are not so stressed. Global populations for polar bears appear to be on the rise. Read More