Home PT Middle East ‘Where Are the Jews?’: As Pope Visits Birthplace of Abraham, Chronicler of... 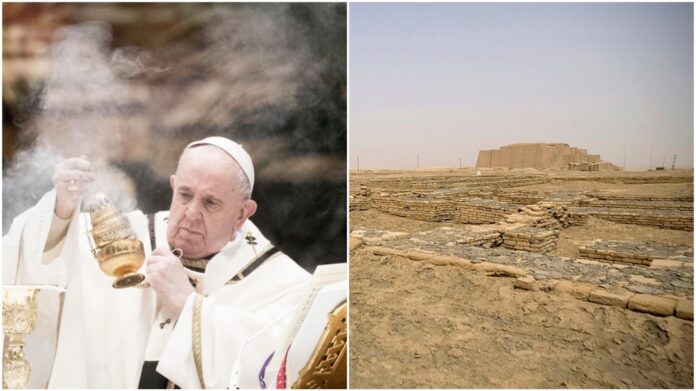 Algemeiner: On Friday, Pope Francis began an historic three-day visit to Iraq, his first foreign trip since the start of the coronavirus pandemic and a show of support to the country’s fraught Christian communities.

“For you are a holy people to the Lord your God; the Lord your God has chosen you to be a people for Himself, a special treasure above all the peoples on the face of the earth.” Deuteronomy 7:6

In Mosul, once a flourishing multi-faith metropolis, the Pope will visit churches ravaged by the Islamic State, which occupied the city from 2014 to 2017 and displaced hundreds of thousands of residents.

Omar Mohammed — an historian who was an essential chronicler of the occupation through his anonymous website “Mosul Eye” — told The Algemeiner that the visit would be a sign of encouragement to the handful of Christian families still living there.

“Where are the Jews? They are not here,” he told The Algemeiner. “You are speaking about diversity, but this is not complete, the picture is not complete.”