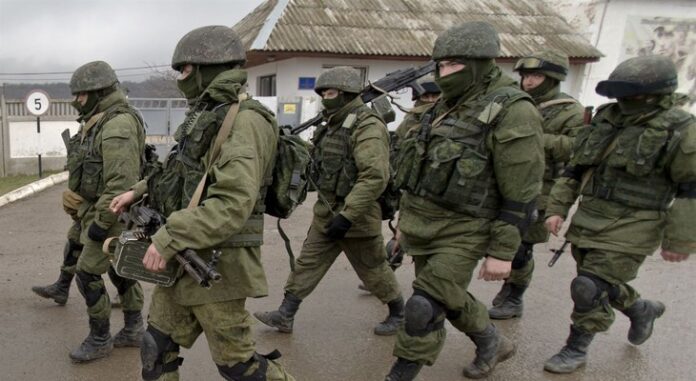 PJ Media: The new administration started off using virtue signaling as an important component of foreign and domestic policy. But now even the “only adults in the room” suddenly suspect that  Woke garlic doesn’t repel vampires. Russia and China continue to defy the rules of the Biden-Harris administration despite their expectation that the world would return to its pre-2016 order. Pundits are starting to accept something has gone wrong in the calculations.

Another video suggesting Russian #military buildup next to borders of #Ukraine. This was filmed in #Voronezh region, south #Russia, on 31 March:

Russia and China — not to mention North Korea and Iran — are all on the move and don’t seem deterred by Washington. If disaster overtakes the Biden Harris restoration future historians will conclude that organized self delusion played a leading part.

The cultural and political establishment belief in the Great Reset after Trump sputtered and instead of the predicted return to normal the global world has continued its descent into crisis. Perhaps the status quo overattributed the problems of the old global world to populist unrest and failed to address the basic weaknesses which caused them. They thought they could pick up where they left off and couldn’t. Read More

The Woke Chauvinists Want Chauvin’s Head, but Their Prosecution Is Collapsing